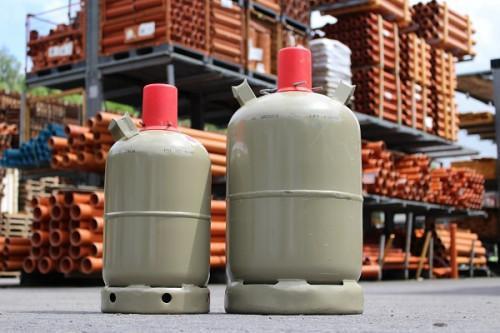 (Business in Cameroon) - Prometal, leader of the Central African steel market, launched the construction of its fifth plant in Douala, in November 2021. The plant is specifically dedicated to the production of domestic gas cylinders but, according to sources close to the case, it will have two adjoining factories dedicated to the manufacturing of wheelbarrows and structural steel.

The domestic gas production plant is the result of a XAF12 billion investment supported by a bank syndicate that includes BGFI Cameroon and CCA Bank. Officially, it will become operational in July 2022, helping create 250 direct jobs for some 600,000 domestic gas cylinders released to the sub-regional market yearly.

"Cameroon currently imports 450,000 to 500,000 domestic gas cylinders yearly, spending about XAF8 billion. If operating at full throttle, the plant will end the country’s dependence on imports and also make it an exporter of up to 100,000 domestic gas cylinders yearly. This will not only promote the Cameroonian metal industry on the African market, in the framework of the Continental Free Trade Area (AfCFTA) but, it will also reduce its trade deficit,” says an internal Prometal source.

According to the promoters, the cylinders produced will comply with both Cameroonian and international standards. They will thus contribute to reducing the number of accidents that occur in Cameroonian households because of defective and old gas cylinders. A joint study launched in 2011 by the Directorate of Metrology and Consumer Protection of the Ministry of Commerce and the Hydrocarbons price stabilization fund (CSPH) revealed that 70% of the domestic gas cylinders in circulation in the country were defective.

Acting on this finding, in 2017, the government started granting tax incentives to marketers to encourage the mass importation of domestic gas cylinders to renew the existing ones. Those mass imports have often reduced the country’s foreign reserves.

Prometal's plant will curb those importations by making the product available locally. Above all, it will strengthen the import-substitution policy being advocated by the Cameroonian government in recent years.

The gas cylinder factory under construction in Douala is the second industrial production unit whose construction was launched by Prometal within the space of three years. In late 2018, the company launched the construction of Prometal 4, presented as the most modern and diversified iron processing plant in sub-Saharan Africa. According to credible sources, the plant was discreetly commissioned in Q4-2021 and will soon be officially inaugurated.

"All the required steps are being taken. We are waiting for the replies before setting an inauguration date,” explains a source close to the case.

Prometal 4 will manufacture beams, angle irons, smooth bars, and screws as well as flat bars and wire rods, which are intermediate products used to manufacture nails.

Currently, except for two Maghreb countries, all the African countries import these products. Hence, with Prometal, Cameroon will be able to reduce its trade deficit on iron-based construction materials by close to 50%, experts indicate.