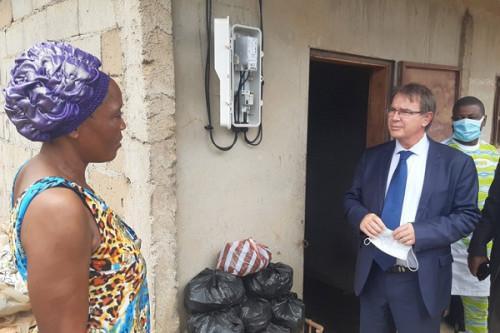 (Business in Cameroon) - This year, electric utility ENEO accelerated the pace of its project aimed at modernizing metering equipment. As of end-October 2021, the number of prepaid meters it installed reached 230,000, which is 183,000 more than the 47,000 prepaid meters effectively installed as of end-December 2020.

Thanks to the modernization operations, ENEO expects to address one of the main problems causing disagreements between users and the electric utility: bill disputes. In 2019, 43% of the 285 cases reviewed during conciliation sessions between ENEO and its users were about billing issues, a company report indicates.

Also, on April 7, 2021, during an impromptu visit of the Minister of Water and Energy at ENEO’s headquarters in Douala, the grievances expressed by users were about billing since they were complaining about disconnections although they had no outstanding bills.

The prepaid meters installed will help address those problems because users will now be in control of their consumptions. There will no longer be customers’ complaints about inaccurate bills or disconnection over unpaid bills, ENEO assures.