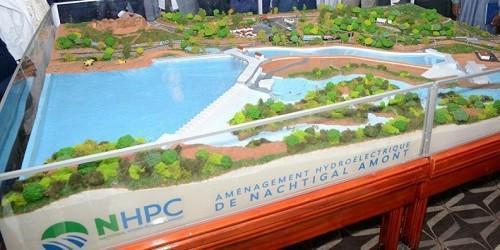 (Business in Cameroon) - Workers employed for the construction of the 420MW Nachtigal dam are back to work after the strikes they started on February 3 and on March 1, 2021, credible sources reveal.

According to the sources, they resumed work on March 12, 2021. For about six weeks then, they were on strike to denounce the violation of their employment contracts and the poor working conditions imposed on them by the managers of Société camerounaise de construction du barrage de Nachtigal, the main subcontractor of the project company Nachtigal Hydro Power Company.

They resumed work after negotiations conducted by the Ministers of Labour and Social Security as well as Water and Energy. Obviously, during the negotiations, both the employer and employees found common grounds with the promises made to clear non-accommodation allowances representing 25% of the base pay.

This resumption of works for the construction of the Nachtigal dam, whose capacity is almost the third of the generation capacity currently installed in Cameroon, will speed up the delivery expected for 2023.

Nachtigal dam is currently the largest power generation infrastructure to be built in the country. The investment required is XAF786 billion and the financial arrangement made by Cameroon to fund it earned the country positive comments from many financial experts.