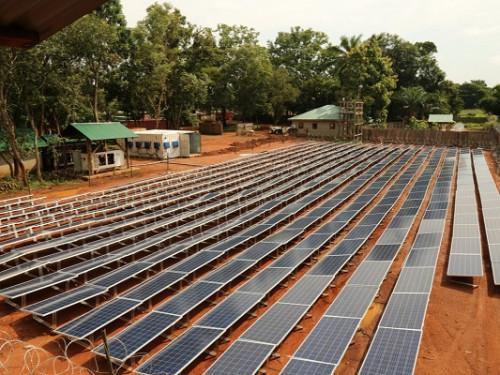 (Business in Cameroon) - The energy generated by solar power plants in the three northern regions (North, Adamaoua, and Far North) of Cameroon reached peaks of 8 to 9 MW in August 2022.

In a letter sent on September 5 to the Minister of Water and Energy, the power utility Eneo indicated that due to this increase in production via solar energy, "the use of thermal power plants has dropped considerably, and now represents only about 10% of the energy mix of the Northern Interconnected Network (RIN), compared to more than 80% in previous months.”

As a reminder, to make up for the deficit of the Lagdo dam (72 MW), whose reservoir silting up and hydrologic hazards have reduced its capacity by more than 50%, the government, in partnership with the Norwegian company Scatec, has undertaken to install solar power plants with a total capacity of 30 MW in the localities of Guider (North) and Maroua (Far North).

The gradual commissioning of these infrastructures will reduce the operation of the thermal power plants in Djamboutou, Maroua, and Ngaoundéré, which could often cost up to CFA4 billion in fuel per month, according to official estimates.