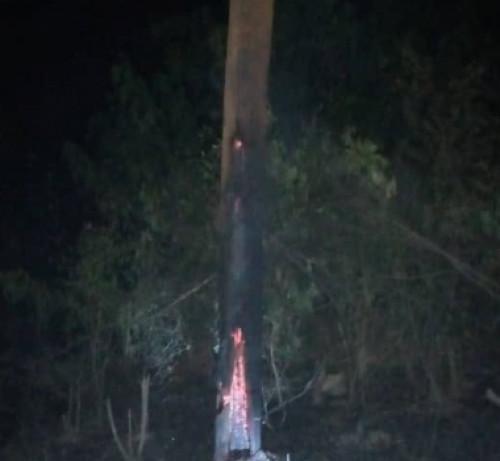 (Business in Cameroon) - Since January 2021, the electric network of electric utility Eneo has been sustaining significant damages due to bush fires usually caused by farmers to prepare their fields for planting. According to the electric utility, from 2020 to date, about 200 electricity poles have collapsed due to those fires.

Those incidents disrupt energy supply but they also generate important financial losses. "The cost is astronomical. The expenses needed for the replacement of the destroyed poles and accessories should be taken into account as well as the revenue shortfall caused since ENEO is unable to supply the energy it produces when those incidents occur. Overall, within two months in the various regions affected, the damage to ENEO can be estimated at over XAF800 million," ENEO informs.

To reduce the impact of the bushfire on its network, ENEO is implementing a program aimed at reinforcing its network with a mix of concrete, metal, and wooden poles. Nevertheless,  "it should be noted that even with metal or concrete poles, bush fires destroy equipment and burn conductors, thus making lines unavailable. This is why it is important to stop bush fires," it comments.