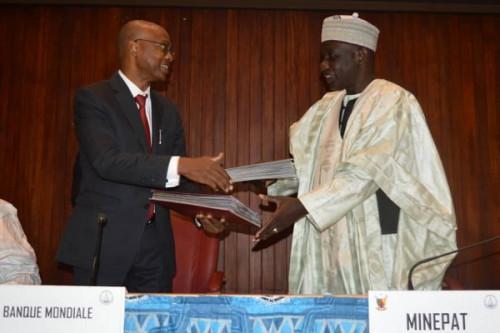 (Business in Cameroon) - Last December 15, Cameroon and the World Bank concluded a XAF178 billion funding agreement for the interconnection of Chadian and Cameroonian electricity networks. According to Abdoulaye Seck, World Bank country director in Cameroon, the interconnection project will help provide energy to Cameroon’s northern regions but also transform the country into an energy exporter since it will sell electricity to Chad, where there is a huge power deficit. “As you know, Chad is the country with the lowest electricity access rate, which is about 8%,” he added.

In the framework of the power interconnection project (PIRECT by its French acronym), the energy produced by the currently under construction Nachtigal dam (420 MW) will be transported through a 1300 kilometers network to the Chadian city of Bongor. Specifically, Nachtigal will be connected to Houro Oussoa, close to Ngaoundéré, by a 514-kilometer electricity transport network while Ngaoundéré and Garoua will be connected by a 250 kilometer network. From Maroua to Kousseri, the network will be 191.9 kilometers and from Maroua to Yagoua, the network will be 100 kilometers long, Cameroon’s Minister of Economy, Alamine Ousmane Mey, explains.

PIRECT is one of eleven integrating projects in the CEMAC region that received some XAF2,492 billion investment pledges during a roundtable in Paris in 2020.