Cameroon: The 1st turbine of the Lom Pangar dam will inject its first 7.5MW into the energy grid in early 2022 (MINEE) 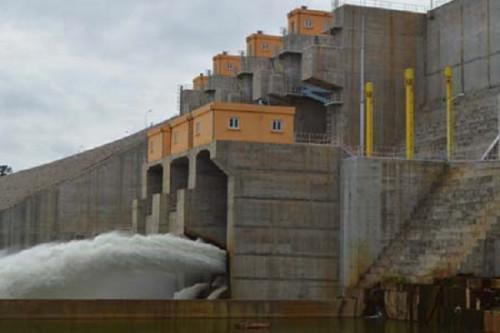 (Business in Cameroon) - The 30 MW hydroelectric power station being constructed at the foot of the Lom Pangar dam-reservoir (commissioned in the Eastern region in 2015) will produce its first 7.5 megawatts in early 2022. This was announced, on January 18, 2021, during the official launch of the construction of the bridge over the Lom River in Touraké.

"In the next 12 months, the first turbine of the Lom Pangar foot plant should be commissioned. This will add 7.5 MW to energy supply in the region," said the Minister of Water and Energy Gaston Eloundou Essomba, who presided over the ceremony. According to the official, the three other turbines will be gradually commissioned, to reach the 30 MW expected from this hydroelectric plant "by June 2022."

Indeed, the interconnection will be completed in February 2022 and will allow supplies from the Songloulou and Edéa power plants (whose capacities have officially increased by 150 MW during low-water periods since the Lom Pangar dam was impounded) to the eastern region.

Coupled with the 30 MW of power expected from the hydroelectric plant at the foot of the Lom Pangar dam, the interconnection of the RIE and RIS will end energy deficits in this Cameroonian region, which is very rich in forest and mining resources.