Administrative and currency problems behind domestic gas shortage in Cameroon 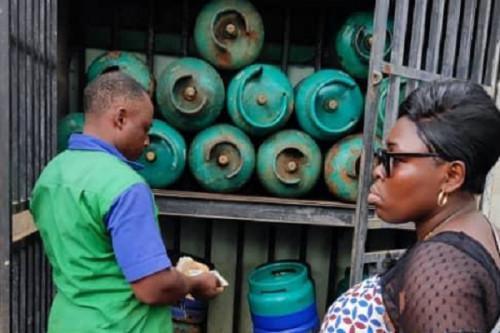 (Business in Cameroon) - Gas carriers are stranded in Cameroonian waters and are prevented from delivering gas to the country due to administrative and currency issues, the Trade Ministry reports. The situation causes gas shortages in several regions across the territory.

A few months ago, the authorities in charge of the distribution of petroleum products said the shortage was caused by logistics challenges. They cited a "delay in the unloading of a Confex Oil vessel”. Another reason that may explain the situation is that in July, the government admitted fuel subsidies had become unbearable. The same may apply to domestic gas, which is subsidized by the Hydrocarbon Price Stabilization Fund (CSPH).

At the end of March 2022, Luc Magloire Mbarga Atangana, the Trade Minister, who is also COB of CSPH, estimated the subsidy for a cylinder of gas at CFA 6,777. He projected this subsidy to cost CFA70 billion by the end of the year, way more than the overall expenses of CSPH, which are estimated at CFA66.09 billion in 2021 and CFA52.2 billion in 2020.

Since August, several localities (Center, Littoral, East ...) have been facing a shortage of gas (Tradex, SCTM, Total, Afriquia Gas ...). “The situation should return to normal with the upcoming arrival of two gas carriers by the end of the week,” the official said.  He also stressed that pending the arrival of these vessels, the storage station Bipaga located near Kribi will supply the city of Yaoundé and its surroundings. "We are now letting people know what supply points are available until we return to normalcy,” said Armand Claude Mbarga, the departmental delegate of trade in the central region.