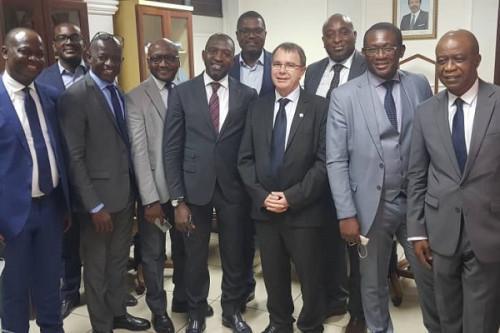 (Business in Cameroon) - Cameroon has initiated the payment of XAF182 billion owed to electric utility ENEO, Business in Cameroon learned from several official sources. According to the sources, the envelope will be paid within two months (December 2021-January 2022). Ultimately, several stakeholders of the electricity sector will benefit from those payments.

For the government, with the upcoming AFCON2021 to be hosted in the country in January-February 2022, it has become crucial to address the financial problems facing the electricity sector. Hence the huge effort made by the government at a time when the public treasury is much stressed.

Independent producers and fuel suppliers started reducing the volume of their services to ENEO because of the unpaid invoices accumulated (XAF155 billion as of the end of 2019), jeopardizing the smooth organization of the AFCON2021.

On December 17, 2021, ENEO was scheduled to receive the first payment of XAF70 billion. That envelope represents the first installment of a XAF143 billion repayment agreement signed on December 15, 2021, sources close to the case informs. It will compensate for the assets ceded to electricity transport corporation Sonatrel, pay for 2021 state consumption and tariff subsidies as well as make cash advances for 2022 tariff subsidies, and settle part of the debt owed to ENEO by three state companies (Alucam, Camwater, and Camtel).

The XAF70 billion was planned to be raised through two bill issuances (13 and 26-weeks to raise XAF50 billion) and 2-year bond issuance to raise XAF20 billion. The operations were effectively organized on December 15 but the bank of Central African States (BEAC) is yet to publish the result of those operations.

Another bond issuance operation is planned for January 2022 to raise XAF48 billion to pay part of the debt to ENEO. Also, a debt offsetting mechanism is in place between the state (the national hydrocarbon coportaion), Eneo, and KPDC (Kribi Power Development Company) over a XAF25 billion debt.

In the coming days, the government will pay XAF39 billion representing the debt it was owing ENEO as of late 2020, according to authorized sources. To raise that fund, the government proceeded to debt securitization. The securities were then transferred to ENEO, which sold them at a discount (ENEO will receive XAF39 billion for a little over XAF40 billion debt) to a pool of banks constituted of Afriland First Bank, Société générale, SCB Cameroun, Commercial Bank of Cameroon, Ecobank Cameroun and Union Bank of Cameroon.

In the agreement signed on December 15, Eneo committed to "settling its debt towards suppliers.” Once it receives the money, it will pay XAF53 billion to independent producer Globeleq through its subsidiaries KPDC, XAF15 billion to DPDC, XAF13 billion to the public electricity transport company Sonatrel and XAF17 billion to state firm EDC. It will also pay over XAF26 billion as dividends and taxes to the public treasury on behalf of Globeleq's two subsidiaries in which the state is a reference shareholder along with ENEO.

The payments that come after the first installment of XAF45 billion paid by the government in 2020 are really important for ENEO’s MD, Éric Mansuy. Since his arrival as the head of ENEO, the executive has been all out to restore the financial soundness of the Cameroonian electricity sector. According to our information, the ongoing payment operations were prompted by the particularly convincing letter he sent to Prime Minister Dion Ngute.

Currently, ENEO is sourcing about XAF210 billion from international backers for the implementation of its 2021-2025 investment plan. The debt payment operations come at a convenient time for the company, which estimates that investors usually see it as a positive sign when the government pays its debts. The negotiations with the World Bank could then be concluded soon since they are in an advanced stage.