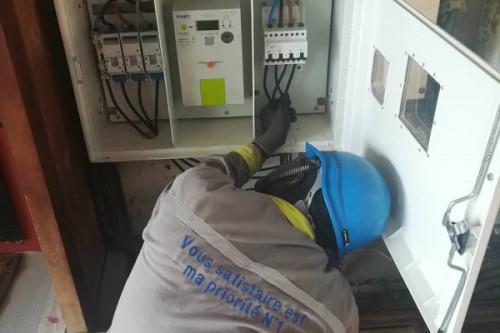 (Business in Cameroon) - In 2018, Cameroonian utility company Eneo successfully brought 18,700 formerly illegal users back into its client portfolio. This was in the framework of its campaign initiated against users illegally connected to the Cameroonian power grid.

The information revealed in the company’s recently published 2018 business review partly explains Eneo’s performance during the period under review. Indeed, that year, the company’s turnover grew by XAF7 billion.

According to internal sources, despite this migration of the 18,700 former illegal users, fraud remains a major obstacle for the optimization of Eneo’s performances.

An authorized source indicates that according to an internal review conducted in 2018 by the utility company, more than 300,000 illegal users are connected to the national power grid. Compared with the 1.258 million active clients identified in 2018, this represents a whopping 20% of fraudsters.

Coupled with the unpaid bill estimated, in 2018, at XAF190 billion (the most of which is owed by public administration and state-owned companies), the loss of revenues created by the illegal users are causes for cashflow problems at Eneo.