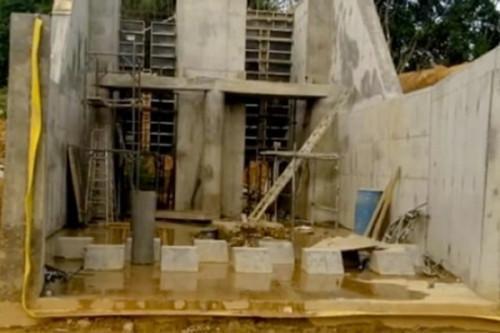 (Business in Cameroon) - In an official document published on February 22, 2021, independent energy electricity producer IED Invest Cameroon informs that in June 2021, it will deliver the Mbakaou mini-hydro power plant (being built in Adamaoua) that was initially planned to be delivered in 2020.

According to IED Invest, the 1.4 MW (extensive to 2.8MW) power plant will supply eight villages in the northern part thanks to a 40km medium and low voltage network.

It is the result of a XAF4.5 billion infrastructure and will help 1900 residents get connected to the national electricity grid within one year after its commissioning, the Rural Electrification Agency (AER) indicates. The plant will also help ENEO with substantial fuel costs because, with the construction of the mini-hydropower plant, it will stop using thermal power to supply some of the northern villages.

According to Moussa Ousmanou, director-general of the AER, with the construction of that mini plant, ENEO will only use thermal power to supply the said regions during peak hours.

"Without taking into account the increase in fuel prices or tariff indexation that will inevitably occur during the 20 years when the mini-hydropower will be operational, annual profits will be XAF275 million in the first year of operation (for sales of 3.4 GWh per year) and will rise to XAF430 million yearly by the end of the operational years. The cumulated profit will be XAF7.8 billion over the 20 years of operation," he said.