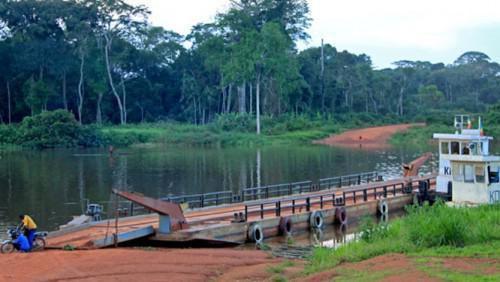 (Business in Cameroon) - For four years now, the 600MW Chollet hydroelectricity project remain stagnant, according to a joint note published by the Cameroonian Ministry of Energy and its Congolese peer.

This is due to the fundraising problems experienced in Congo, the note explains. "Since 2017, the Ministry of Energy and Hydraulics of Congo has taken the necessary steps to raise the funds included in the 2017, 2018, 2019, and 2020 state budgets. Unfortunately, all these efforts have remained unsuccessful. The Ministry of Finance and Budget has not, to date, followed up on the many promises made to representatives of the Ministry of Energy and Hydraulics and the project management (…) The problems faced by the Congolese party have therefore blocked the ambitions of the project. This situation does not allow the timely implementation of all the decisions taken by the Inter-State Steering Committee and our two countries’ expectations. To honor its dignity, the Congolese party must try to release the financial resources included in the state budget year after year for the project. The proper implementation of the project depends on the Ministry of Finance and Budget’s decision to release the funds allocated to this project. It is the sine qua non for the Cameroonian party to transfer the funds to the Project account opened at the Congo Postal Bank in Brazzaville, " the note reads.

The counterpart fund to be provided by Congo is to fund the stationing of project staff in Brazzaville, Congo. However, since the appointment of officials (director and deputy director) in 2016, the experts and Cameroonian staff can not move to Brazzaville because the Congolese party has not released its counterpart funding. Even the project headquarters built by Société énergie électrique du Congo is still not equipped.

Meanwhile, Cameroon claims to have effectively transferred XAF390 million to the project account opened at UBA Cameroon via its sinking Fund CAA between 2015 and 2018. Later, in May 2019, XAF200 million was transferred to the same account making a total of XAF590 million. When the account was closed on February 28, 2020, the remaining balance was XAF381.86 million. That balance was transferred to a new project account housed at the Bank of Central African States (BEAC). In early September 2021, the balance of the project account housed at the BEAC was a little below XAF100 billion since part of the opening balance was used to fund expert meetings, inter-state committee sessions, and tender procedures.

Nevertheless, on June 24, 2021, China Gezhouba Group Company was selected as the developer of this project whose costs are estimated at XAF354 or 670 billion depending on the development option that will be implemented. The energy produced will supply Cameroon, Congo, and the Central African Republic.