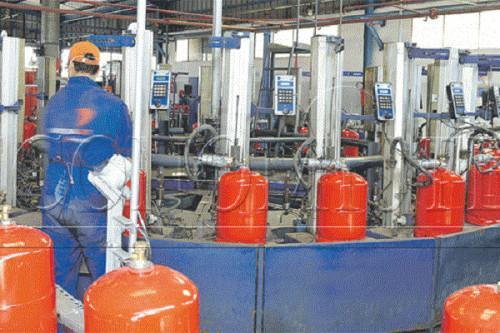 (Business in Cameroon) - From May 17 to 22, 2021, the Cameroonian Ministry of Environment and Nature Protection organized public hearings in Ndoumbi 1, in the Eastern region, in the framework of the environmental and social audits for the construction of a gas filling plant in that neighborhood.

According to an official release, the plant will be the second such infrastructure to be built in the Eastern region after the XAF5 billion Bertoua gas filling plant financed by the national Hydrocarbon Prices Stabilization Fund (HPSF), which was commissioned in 2015.

The Ndoumbi 1 gas filling plant project, carried out by the Cameroon Company of Petroleum Deposits (SCDP), will help boost residents’ access to this commodity at an official price of XAF6,500 per 12-kg cylinder.

Its capacities have not been disclosed yet but, the plant is in line with the national strategy to promote gas consumption in the country to curb the desertification (in the Northern region) and deforestation (in the South) caused by rising firewood use.