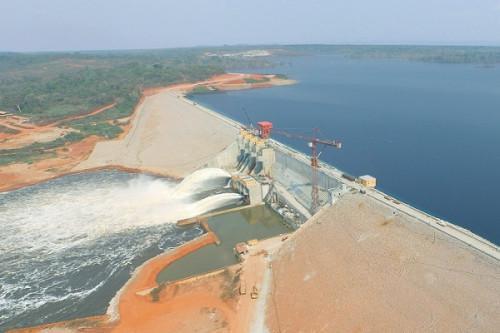 (Business in Cameroon) - The Cameroonian Ministry of Economy currently seeks a consulting firm or a consortium for the assessment of the mid-term socio-economic impact of the Lom Pangar hydroelectric dam being built in Eastern Cameroon. In that regard, a call for expression of interests was recently published.

The hydroelectric dam is a strategic infrastructure for the Cameroonian electricity industry. It aims to regulate the flows upstream of the Sanaga River to guarantee the optimum operation of existing dams without additional investments. Also, by regulating the flows, the Lom Pangar dam will allow the construction of additional hydroelectric plants (like the 420 MW Nachtigal plant) on the Sanaga river that accounts for 75% of the country’s hydroelectric potential.

The dam was commissioned in 2015. According to official sources, it helps boost Cameroon’s electricity generation capacity notably during low-water periods when water falls to lowest levels in dams. However, despite its contribution, Cameroon has been facing power outages for months now, much to companies and households’ dismay. The outages are caused by the dilapidated state of the transport infrastructure which collapsed several times since January 2021, as well as the ongoing works to reinforce the distribution network - causing repeated power cuts.