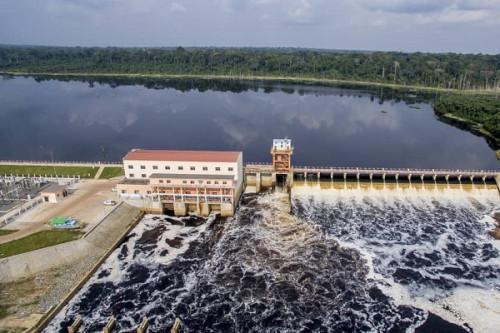 (Business in Cameroon) - The Mekin hydropower dam (15 MW), located in the southern region, has resumed operations this month after a 2-year shutdown period. The Ministry of Water and Energy (Minee) reported that the plant has been injecting 11 MW per day into the southern interconnected network (RIS) since June 13.

The facility allows the provision of electricity to the department of Dja and Lobo in the South of the country and part of the Central region. For an optimal operation, Minee explained, the power utility Eneo will have to complete the rehabilitation of the 30-Kv Mbalmayo-Sangmelima-Ndjom Yekombo electricity distribution line.

With the end of the performance tests scheduled for the end of July 2022, the final delivery of the Mekin dam is scheduled for Q4 2022. As a reminder, Hydro Mekin (the company conducting the project, ed) announced its commission in 2015 but the dam was finally turned on in June 2019, after several years of delay in the delivery of the site. Still, the plant has never really worked, because of many technical, environmental, and legal-administrative difficulties.

In 2020, due to a failure on the "neutral point coil", the plant was shut down. The company Hydro Mekin in charge of the operation of the plant proceeded to its replacement and the technical tests were launched for commercial commissioning planned for January 2021. But the tests took longer than expected and it is finally in 2022 that the first injections of MW into the RIS are effective.

Built by the China National Electric Engineering Corporation (CNEEC), this energy infrastructure is essentially intended to supply electricity to the eight communes of the department of Dja and Lobo, thanks to a 33 km power line. With an initial cost of CFA25 billion (Exim Bank of China 75% and the State of Cameroon 25%), the project had already swallowed up CFA34.5 billion by early 2020, according to HydroMekin.