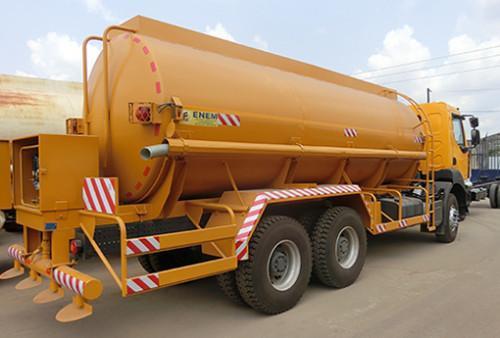 (Business in Cameroon) - On October 21, 2021, Minister of Water and Energy Gaston Eloundou Essomba granted an audience to his Central African peer Arthur Bertrand Piri. During the meeting, the two officials decided to join forces to secure the oil products transported from Cameroon to the Central African Republic.

Indeed, the authorities have noticed that some lorries tasked to transport oil products from Cameroon to the Central African Republic usually reach their destination with just a portion of their original loads. In fact, in cooperation with the transporters, the missing products are delivered to armed groups active along the Garoua-Boulaï (Cameroon)-Bangui (CAR) axis. Consequently, armed groups are better supplied with oil products than the population the products were originally destined to.

“We reached an agreement that henceforth, there will be a road corridor under our watch,” indicated Arthur Bertrand Piri. Specifically, information (brand, registration number, driver’s identity, quantity of the oil products loaded) will be collected from lorries departing from Cameroon and sent to Central African authorities, who will ensure that everything is in order at arrival.

Such collaboration will not only prevent armed groups active along the Cameroon-CAR border from getting the needed supplies but it will also reduce oil product contraband along that route.