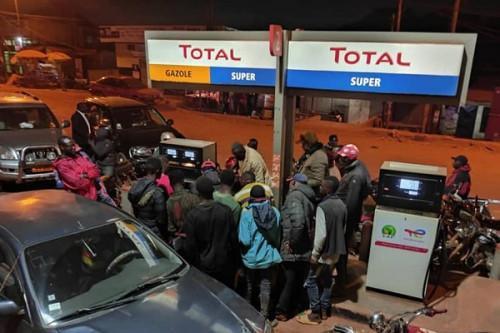 (Business in Cameroon) - The Cameroonian government announced it will approve CFA780 billion in fuel subsidy to keep pump prices unchanged in this harsh period marked by rising global prices. This new figure was revealed by the Director General of the Treasury, Sylvester Moh, in an interview with the state-owned Cameroon Tribune.

It is way higher than the CFA480 billion initially approved in the collective budget, and the CFA672 billion projected by the Minister of Commerce, Luc Magloire Mbarga Atangana, during a press conference held on March 30, 2022, in Yaoundé. In a July 11 statement, the Minister of Water and Energy (Minee), Gaston Eloundou Essomba, revealed that fuel subsidy has already cost the treasury CFA317 billion in the first half of 2022.

This makes a monthly average of CFA52.8 billion, or CFA634 billion over 12 months, not taking into account that in June 2022, for example, this subsidy peaked at CFA80 billion, according to Minee figures. Not only does the new subsidy figure exceed all the official figures announced so far, but above all, it could prove unsustainable for the Treasury in the medium or even short term. The country has recently experienced a fuel shortage.

“The disruptions are the consequence of the large resources subsidized pump prices that must be mobilized in real time to ensure the import of petroleum products," the Minister of Water and Energy said on July 11, 2022, to justify the scarcity of fuel in the country’s main cities.

In this situation, the government could, instead of gradually reducing fuel subsidies from 2023 as announced, suspend the subsidy before the end of the current year 2022 given its unsustainability.