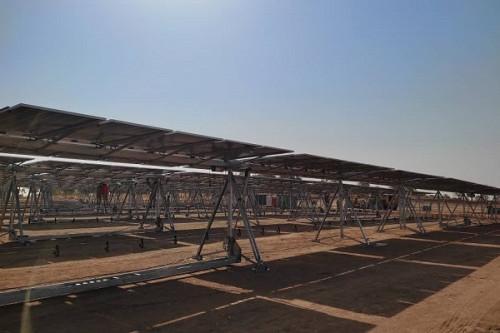 (Business in Cameroon) - The Cameroonian Minister of Water and Energy, Gaston Eloundou Essomba, announced last week the upcoming construction of solar power plants in the northern part of Cameroon. The facilities will be implemented in the cities of Ngaoundéré, Garoua, Maroua and Guider for a total capacity of 120 MW.

The official reassured that “all the feasibility studies have been done and negotiations are ongoing between the Ministry of Finance and the companies developing them.” The additional capacities, we learned, will be injected into the Southern Interconnected System (SIS), via the interconnection project between the SIS (which covers six southern regions outside the East) and the NIN (Northern Interconnected System, which covers the three northern regions).

The implementation of this project should help diversify Cameroon's energy mix, which is still largely dominated by hydroelectricity. Currently, solar, wind and biomass represent barely 1% of the energy mix.