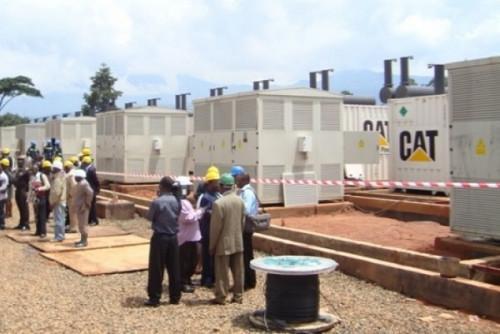 (Business in Cameroon) - For several weeks now, the filling rate of the Lagdo dam (a major infrastructure that provides electricity to the three northern regions of Cameroon) has been only 48% due to rainfall scarcity. According to officials of Eneo (the company in charge of the production and distribution of electricity in Cameroon), such a low filling rate has never been recorded for the past 25 years at Lagdo dam.  As a result, residents of the North, Far North, and Adamaoua regions experience load-shedding daily.

Because of the low rainfall, the infrastructure whose production capacity is 72MW currently produces only 30MW. To make up for the production deficit, Eneo announces that it will transfer over 20MW of energy to the northern part of Cameroon.

A source inside the company explains that for that purpose, Eneo will dismantle part of the Ahala power plant and install the equipment in Garoua (18MW) and Ngaoundéré (8 MW).

As a reminder, with a production capacity of 60 MW, the Ahala thermal power plant is part of the four plants (with Mbalmayo, Bamenda, and Ebolowa) set up by the Cameroonian government in the 2010s, as part of the emergency thermal program (100 MW thermal), which aimed to offset the country’s energy production deficit.

Built and managed by British independent producer Aggreko, the Ahala power plant was bought by the Cameroonian government in 2014, after tough negotiations.