Eneo plans the construction of four solar power plants in 2022 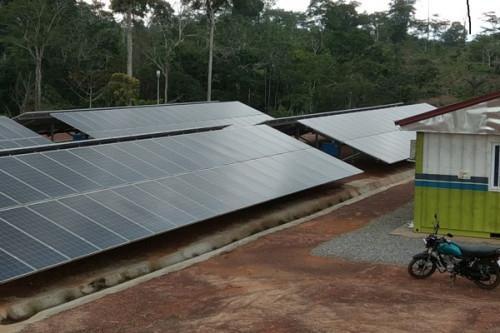 (Business in Cameroon) - Cameroon’s power utility Eneo announced the construction of four PV power stations this year. In a recent interview with Défis Actuels, the now-former CEO of Eneo, Eric Masuy, revealed that the units will be located in Banyo (Adamaoua), Poli (North), Yoko (Center), and Touboro (North).

Eric Masuy says the new infrastructures will be hybrid (solar and thermal) like the plants in Djoum (2018), Lomié (2020), and Garoua-Boulai (2021). As a reminder, the construction of two other solar power plants is ongoing in Guider (North) and Maroua (Far North) for a total capacity of 30 MW. In addition to reducing the production costs of thermal power plants and increasing the country's power generation capacity, the project will help diversify Cameroon's energy mix, which is still largely dominated by hydroelectricity. Solar, wind, and biomass account for barely 1%, according to official data.