Cameroon: Towards the electrification of 105 villages in the North and Far North 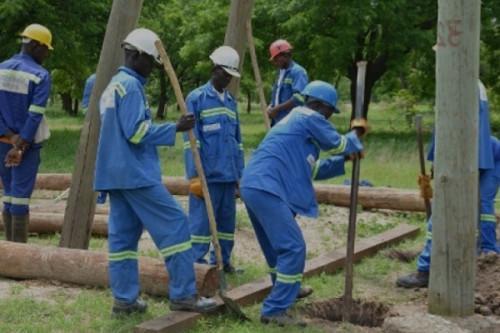 (Business in Cameroon) - On May 25, 2021, in Kong-Kong (Northern Cameroon), the Electricity Development Corporation (EDC)’s executives proceeded to the temporary acceptance of the network that will help provide electricity to 105 villages in the North and Far North, official sources reveal.

The network is built in the framework of PRERETD, a government program aimed at renovating and extending the electricity transport and distribution network in Cameroon. According to Martin Otele, coordinator of the PRERETD, after the construction of the network, the Chadian firm commissioned to build electricity connection lines launched works.

Overall, 8,700 households will be connected to the network, we learn. However, due to the electricity generation problems being encountered in the Northern region, it is not sure whether those households will effectively access electricity.

The PRERETD is co-funded by Cameroon, the World Bank, and the Japan International Cooperation Agency (JICA). It is being implemented in all the Cameroonian regions excluding the East and the Adamaoua.

Officially, 65,000 connection lines will be built in 465 localities in the framework of the operation, which is intended to provide electricity to over 200,000 people, in socially disadvantaged areas mostly.