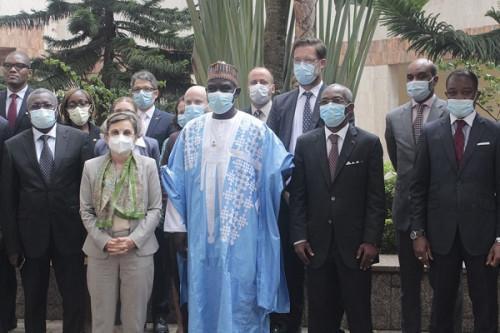 (Business in Cameroon) - On June 29, 2021, Minister of Economy Alamine Ousmane Mey signed a €10 million (XAF6.5 billion) financing agreement with German bank KFW for the restoration of degraded landscapes and reforestation projects in Cameroon. According to official sources, the beneficiary projects fall within the framework of the Forest and Environment Sectoral Program Project (FESP).

Thanks to the fund, specific actions will be carried out, over 46,000 hectares, in the North and Far North that are threatened by desertification. This financial support provided by Germany will help Cameroon partially fulfill the commitment it took to restore 12 million hectares of forest by 2030. This commitment was taken in the framework of the “Bonn Challenge”, an initiative launched in 2011, in Bonn, during an event organized by Germany and the International Union for Conservation of Nature (IUCN).

Cameroon’s commitment was part of a global pledge to restore 150 million hectares of degraded lands by 2020 and 350 million hectares by 2030. According to the IUCN, the country’s pledge was the most important obtained in the Congo basin, which is species-rich and hosts the world's second-largest forest massif.