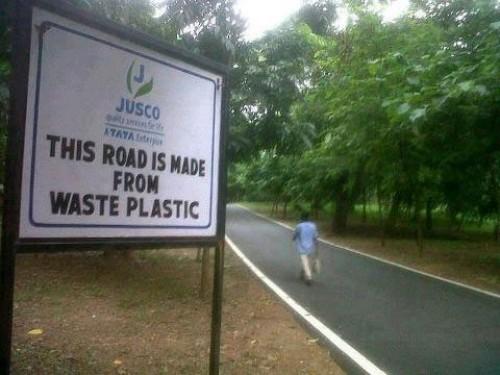 (Business in Cameroon) - Evelino Zanzaro, General Manager of the Italian company, ESED Engineering Group Sarl, has presented in Douala, the economic capital of Cameroon, the project on a plant for the recycling of plastic waste, said the daily Le Quotidien de l’économie.

According to Mr. Evelino, his company will transform 30,000 tons of plastic waste annually, into vases and trash bins, but especially to plastic modules that can replace sand and tar in road construction.

Tried out in India and Italy, roads that are built using this technology are not subjected to potholes due to the nature of the material, the GM of ESED Engineering Group Sarl revealed.

Cameroon generates, according to the Regional Delegate of Environment for the Littoral region, Sidi Bare, 6 million tons of waste each year, 10% of plastic waste. And, authorities because of the dangers want to strike back.

To reduce plastic waste, producers, importers and marketers of non-degradable plastic wrappings in Cameroon have until March next year to halt their distribution, or face government sanctions.

And, violators will risk between two and ten years imprisonment and fines of up to 10 million francs CFA.

In Cameroon, the planned ban has sparked some grumbling. At the main market in Douala, vendors package every purchased item in non-degradable plastic bags.