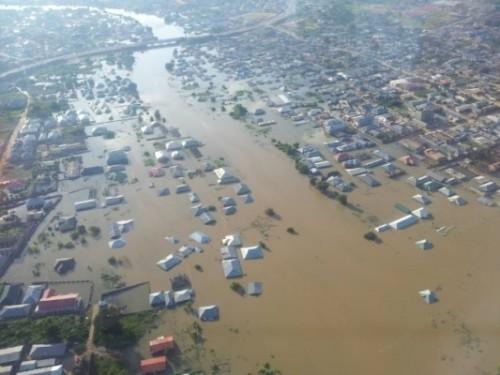 (Business in Cameroon) - The World Bank has granted a loan of 54 billion francs CFA for emergency works against flash floods in the Far North Region. Emmanuel Nganou Djoumessi, Minister of Economy will sign the agreement on September 9, 2013 in Maga, Far North Region.

The works, indicated a statement from the Ministry of Economy, are to avoid the reoccurrence of the 2012 floods that claimed lives, swept farms and killed animals.

According to the statement, the money will finance the various components the Emergency Intervention against Floods project (PULCI).

Government intends to rebuild the destroyed Maga dike and another one at Logone, 70 km long. Other objectives are: identify populations at risk in the area, draw up a plan on the running of hydraulic and retaining structures in times of floods and train officials of SEMRY (rice agribusiness) on the management, maintenance and usage of dams and dikes.

After the August 2012 disaster, the Head of State, Paul Biya created a 20 billion-fund for the fight against natural catastrophes logged in the Ministry of Interior (Territorial Administration). It was the second biggest disaster to hit Cameroon after Lake Nyos, 26 years ago.