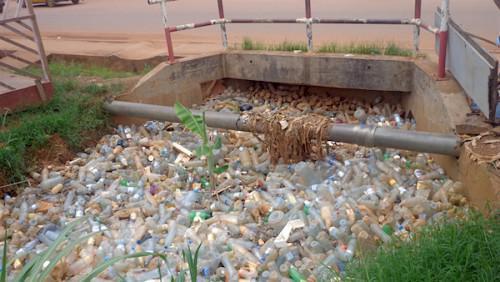 (Business in Cameroon) - The Société Anonyme des Brasseries du Cameroun (SABC), local subsidiary of the French group Castel, launched on 25 July 2016 in Yaoundé, the operation Plastic Recup Holidays 2016. Through this initiative, the leader on the brewery market in the country is planning to collect 2 million plastic bottles in two weeks, in the cities of Douala and Yaoundé.

According to the management of this brewery, of which one subsidiary (SEMC) produces mineral water, Plastic Recup Holidays 2016 is meant to not only give an activity to the youth during the current school holidays, but first and foremost to contribute to the cleaning of the environment.

This especially, as experts highlight, plastic bottles represent, on their own, approximately 35% of the non-biodegradable waste in Cameroon. To reach this target, SABC recruited several hundred young people via the social network Facebook.

The latter will be deployed from 25 to 28 July 2016 in the neighbourhoods of Yaoundé, the Cameroonian capital, and from 1 to 4 August in Douala, the economic capital of the country.

As a reminder, Plastic Recup Holidays 2016 is in line with the regulation in force in Cameroon in terms of protection of the environment. Indeed, a government decree dating from October 2012, jointly signed by the Ministers of Environment and Commerce, stipulates that “every manufacturer or distributor of non-biodegradable packaging must set up a deposit system to facilitate the collection of said packaging, for their recycling or destruction”.