Greenpeace asks the Cameroonian government to save the Dja reservation 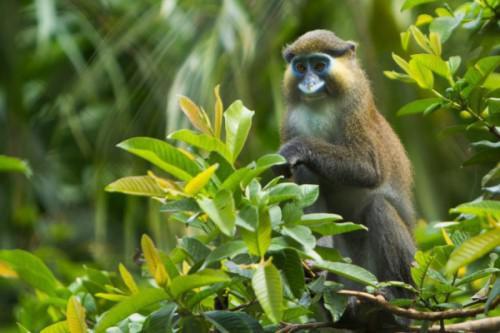 (Business in Cameroon) - Greenpeace, international NGO specialised in environment conservation, revealed in an article published on its website on 23 August 2016 that it has written to the World Heritage Committee of UNESCO to express its concerns over the lack of attention given to the threat created by the farm of the company Sud-Cameroon Hévéa (Sudcam) in the Dja wildlife reservation, registered as a UNESCO World Heritage Site in 1987.

A recent analysis by Greenpeace of satellite images shows that, since 2011, this company (a joint-venture gathering the Singaporean group GMG Global Ltd, a subsidiary of the Chinese State company, Sinochem International (80% shares) and the Société de Productions de Palmeraies et d’Hévéa (20% shares)), destroyed 5,930 hectares of forest, 42% of this deforestation occurring in the past year and a half. On 14 July 2016, Greenpeace laments, the UNESCO World Heritage committee was invited to vote on a decision project to add the Dja on the list of World Heritage Sites under threat, unfortunately only Finland voted for this proposal, while all the other delegations voted against.

The NGO is therefore asking the Cameroonian government to suspend the Sudcam contracts until all the conditions and awarding and implementation terms are established, as well as the zoning and participative land development and a transparent and reliable procedure to ensure a free, informed and prior consent of the local communities. “The opacity and doubtful legality of the Sudcam project, by far the agricultural project in the Congo Basin which is at the origin of the worst recent deforestation, were encouraged by the almost total indifference of the international lenders, media and NGOs. However, this apparently did not prevent the International Agronomic Research Centre for Development (CIRAD), a French public institute, to provide technical advice to the farm, as part of what GMG calls “a long term partnership”, Greenpeace denounced.