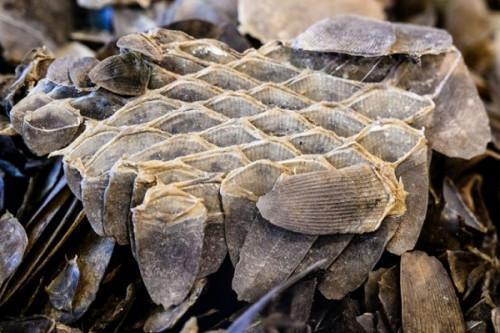 (Business in Cameroon) - In Cameroon, the customs’ mobile unit of Bamenda recently seized 383 kilograms of giant pangolin scales. According to the customs general directorate, the load seized has been handed to the ministry of forestry and wildlife, which will prosecute the traffickers from whom the products were seized.

The seizure was realized during an operation baptized “Halte au commerce illicite” (Halcomi), French for “stop illicit trafficking,” initiated months ago by Cameroonian authorities. This lightning raid is aimed at protecting the domestic trading area flooded with smuggled goods.