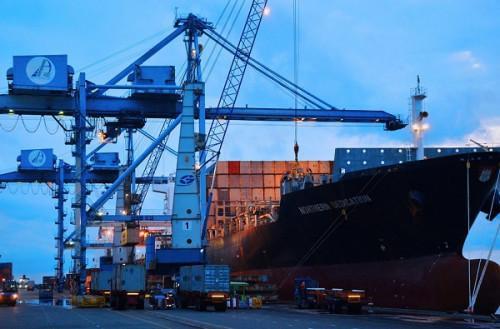 (Business in Cameroon) - The Port Authority of Douala (PAD) informs that at the end of the financial year ending December 31, 2019, it realized a net profit of CFAF 5.37 billion, after-tax, compared to CFAF 2.04 billion in 2018. This represents a year-over-year increase of CFAF 3.3 billion in real terms and 162.7% in relative terms.

According to the PAD, this upward performance is due to the actions undertaken to improve the port of Douala-Bonabéri’s operations and competitiveness. These include the removal of shipwrecks and actions to fluidify maritime transport, free some quays at the fishing port and reactivate the Chantal Biya dredger.

Also, during the period under review, the port authority rehabilitated Quay No. 1 of the conventional port so that petroleum products destined for the national markets and some of the regional neighbours could be temporarily unloaded there. This is pending the delivery of the port’s petroleum products mooring dolphin destroyed 19 years ago.

The PAD has been recording outstanding performances since 2018. During this fiscal year, its net profit after tax was almost five times the profit it made in the 2017 fiscal year, which it closed with CFAF455.5 million net profit (half of its performance during FY2016).