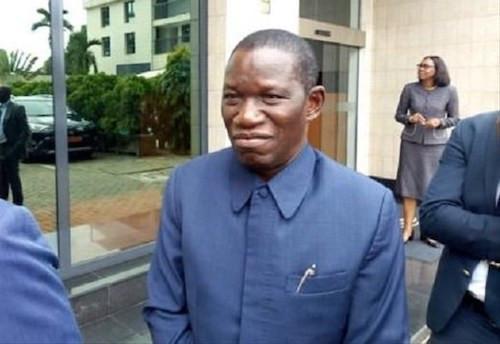 (Business in Cameroon) - On October 29, 2020, the Cameroonian branch of pan-African Atlantic Financial Group Central & East Africa (AFG C&EA) announced its decision to increase its capital from XAF1 billion to 6 billion.

The branch headquartered in Douala did so by issuing 500,000 new shares of XAF10,000 each. It also appointed Ivorian Daniel Toure as managing director of the branch, Moore Stephens CA as the statutory auditor, and Prosper Robert Nken as the alternate auditor. Also, the holding amended its statutes in compliance with the OHADA uniform act (2014) and the law N°2014/007 of April 23, 2014, on share dematerialization in Cameroon.

AFG C&EA is part of pan-African holding Atlantic Financial Group founded by Ivorian businessman Koné Dossongui (photo) in 1978. It has stakes in various sectors in Africa including bank, insurance, telecom, and agribusiness. In Cameroon, AFG C&EA operates in the bank and finance sector via Banque Atlantique and Atlantique Assurances.