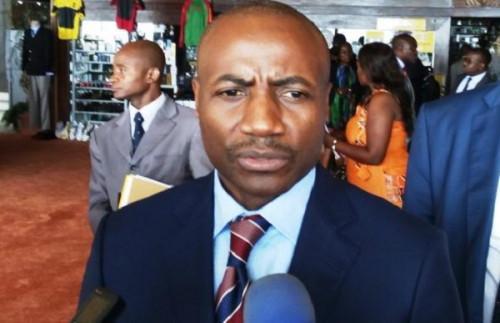 (Business in Cameroon) - Last year, Cameroon dedicated XAF309 billion to the repayment of debts contracted on the local and sub-regional capital markets (BEAC’s securities market and the Central African Stock Exchange). The information was provided by the Secretary-General of the Ministry of Finance (Minfi) Gilbert Didier Edoa (photo) during the annual conference of the Ministry of Finance held on January 30-31.

This means that Cameroon paid XAF269.5 billion to its other financial partners in the region during the period under review if we deduce the XAF39.5 billion from the total amount stated by DGilbert Didier Edoa. These debts, we can guess, were contracted on the BEAC government securities market, on which the Cameroonian government has been raising between XAF10, 20 and even 50 billion every week since 2011.

These repayments have gone to local banks, from which the Cameroonian Treasury borrows every year. According to the 2018 activity report of the Bank of Central African States (BEAC), banks operating in the CEMAC region are sometimes more favourable to financing states than private companies.