Chad-Cameroon pipeline: Chad initiated no negotiations for the sales of its 21% stake, SHT’s boss says 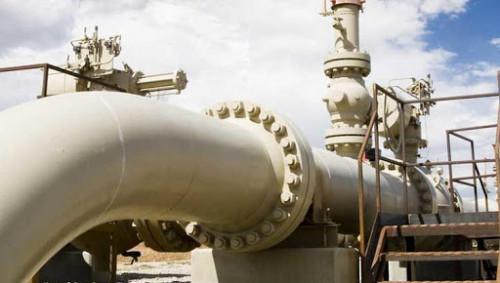 "The online media Africa Intelligence, in its February 24, 2021 edition, reported that facing enormous financial challenges, the government of the Republic of Chad is speeding up the partial sales of its stake in the Chad-Cameroon pipeline to Cameroon's National Hydrocarbons Company (...) As the manager of state assets in the Chad-Cameroon oil pipeline, Chad National Hydrocarbon Company (SHT) wishes to formally deny this baseless information, which is only aimed at tarnishing the image of the Republic of Chad," Ibrahim Mahamat Djamous wrote.

He also explained that Chad never started negotiations with the Cameroon national hydrocarbons company (SNH) for the partial sales of Chadian stakes in the said project.

Also, going against the claim of Africa Intelligence, which points out that it had access to correspondence addressed to SHT by Galileo Negoce & Conseil, acting as the SHT’s counsel in this stake sale being discussed since 2018, Ibrahim Mahamat Djamous says that Chad has not mandated a counsel for the alleged stake sales.

Cameroon’s national hydrocarbons company made no comment about the claims but in the local oil sector, people think that the release published (a week after the revelations made by Africa Intelligence) by SHT’s director-general is not surprising. Indeed, according to a source who knows the oil sector well, SHT’s denial is in line with the closed-door policy usually adopted in oil contracts and related transactions.

Despite Ibrahim Mahamat Djamous’s denial of the stake sale’s negotiation, it is consistent with Cameroon’s recent actions aimed at increasing its revenues on this infrastructure, most of which is located on its national territory. For instance, after tough negotiations with Cotco (the company that manages the pipeline), Cameroon obtained a revalorization of its transit rights and the agreement that this right will be updated every five years. With the revalorization of those transit rights, Cameroon’s revenues on this oil products transport infrastructure rose significantly.