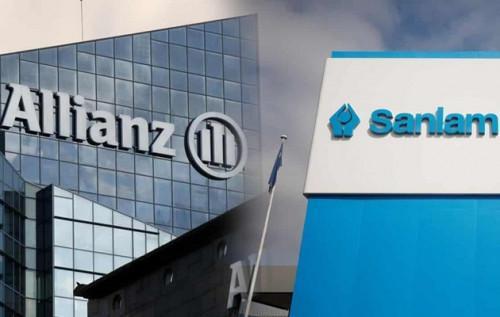 (Business in Cameroon) - Insurance companies Salam (South African) and Allianz (German) are planning a merger. The information was reported Wednesday, May 4, 2022, in a press release issued on the Johannesburg Stock Exchange by South African group. The transaction is pending approval from regulators in the markets where both groups operate.

In Cameroon, where these two companies operate in the property and casualty (P&C) insurance, the approval of the merger by the Inter-African Conference of Insurance Markets (Cima) will give a new face to the local market. In particular, it will bring in a new market leader, all insurance lines included.

Data from the Directorate of Insurance at the Ministry of Finance showed that for the year ending December 31, 2020, the merger between Allianz Cameroon (9.04% market share) and Sanlam Cameroon (5.28%) should now weigh 14.32% of the market share in the property and casualty line, which posted a turnover of CFA140.77 billion in 2020.

Until then, the leader in this branch should remain the French company Axa, with 14.72% of the market share. But by integrating the life branch (Axa was not present in 2020), which totaled a turnover of CFA70.6 billion in 2020, the merger between Sanlam and Allianz will give birth to the new leader of the insurance market in the country.

The terms of the merger agreement revealed by Sanlam indicated that the deal does not include reinsurer Continental-Ré, which is also present in Cameroon. This company will remain under the control of Sanlam, which had taken over its assets following the takeover of Moroccan group Saham in 2018. The agreement between the two companies also stipulates that Allianz will be a 40% shareholder in the new entity following the merger, with the possibility of increasing its assets to 49%. The remainder will be controlled by Sanlam.