Cameroon to recapitalize two private banks to the tune of XAF46.9 bln 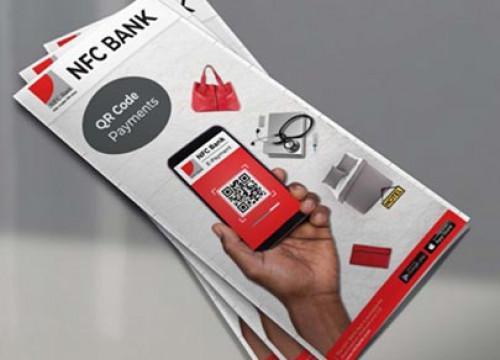 (Business in Cameroon) - Cameroon will inject close to XAF47 billion to recapitalize Union Bank of Cameroon (UBC) and National Financial Credit (NFC Bank), two banks ailing since 2009, Ecomatin reveals. The media was thus quoting a letter sent, on February 18, 2021, by Ferdinand Ngoh Ngoh (Secretary-General at The Presidency of The Republic) to Séraphin Fouda, Secretary-General at the Prime Minister’s office.

"I have the honor to inform that the President of the Republic has authorized the state to bear the costs of the restructuration of National Financial Credit (NFC Bank) and Union Bank of Cameroon (UBC). The costs should not exceed XAF29.1 billion for NFC Bank and XAF17.8 billion for UBC," Ferdinand Ngoh Ngoh writes.

By recapitalizing and therefore buying back the two private banks’ liabilities (ed. note: the bad debts that will be later recovered by the debt collection agency) and their assets, Cameroon aims to avoid those banks being placed into liquidation. The deadline set by COBAC (regulator of the CEMAC banking sector) for Cameroon to start restructuration procedures to avoid the liquidation of the banks was February 28, 2021.

Cameroon, therefore, intends to apply the same solution used for the Commercial Bank of Cameroon (CBC), the bank founded in 1997 by late business mogul Victor Fotso. Indeed, after a long streak of successful years, the bank started experiencing difficulties because of its non-compliance with prudential ratios and the misappropriation of its capital. According to an audit carried out by COBAC, in 2009, the bank’s capital was close to zero while in May 2008, it was estimated at XAF11 billion. That year then (in 2009), COBAC placed the bank (which was being managed by the founder’s son Yves Michel Fotso at the time) under provisional administration.

Seven years later (after six extensions of the provisional administration), in 2016, the provisional administration was ended when the bank was recapitalized. This recapitalization, to the tune of XAF12 billion, was completed in 2014, after two meetings of the shareholders' board (the incumbent shareholders, who were denouncing an expropriation attempt, were absent for those two meetings). At the end of the process, the government of Cameroon became the owner of 98% of the bank’s shares, with XAF10 billion invested out of the XAF12 billion.

Thanks to all those positive indicators, the credit institution is preparing to open its capital to reliable investors, "in compliance with the majority shareholder’s (the government) promise," according to the 2020 roadmap prescribed to the bank.