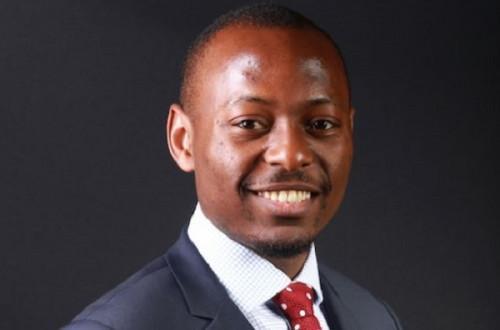 (Business in Cameroon) - Benjamin Ngongang, Associate Director in charge of the Central African region at FinAfrique that specializes in advice and accompaniment for reforms in the banking sector, was once the supervisor of Banque de France, CEMAC's monetary partner. In an interview with Ecofin Agency, the native Cameroonian comments on CEMAC Heads of State’s decision on the evolution of monetary cooperation with France.

Ecofin Agency : CEMAC Heads of State want to change the monetary cooperation agreements with France. What consequence can this decision have on the CEMAC region’s banking sector according to you?

Benjamin Ngongang: This decision by CEMAC Heads of State, at the end of the extraordinary summit held on 21 and 22 November, is in line with that of their ECOWAS colleagues made last June, i.e. to initiate a reform of the management of the common currency of the countries of the CFA zone. If this decision were to be implemented, it would not only impact the banking system but the entire economy of the six countries in the CEMAC region. This is a step in the right direction, but we are still at the beginning of the process. Let us wait and see what actions follow, and in particular the proposals of the Commission and the Beac.

With regard to the banking sector, in particular, this is an important decision that will be closely monitored by all the general departments of credit and financial institutions in the market because currency reform means potential change of exchange rate rules and even adoption of a new monetary policy framework, with objectives other than protection against inflation. These changes will require commercial banks to review their credit strategy, their import/export support offers, and also their information systems in a very operational way to integrate the new exchange rate parameters set by the central bank.

Ecofin Agency: The CFA is criticized because of the obligation, for countries of the CFA zone, to deposit 50% of their foreign exchange reserves in an operating account, housed at the French public treasury. However, analysts believe that a medium-term breach of the guarantee provided by France could destabilize CEMAC's financial sectors and economies. Do you share this opinion?

BN: The termination of the CFA franc convertibility guarantee provided by France to the CEMAC zone for about 60 years now would obviously be a significant change for the zone. With such important reform, some may take a pessimistic view of the future and fear a destabilization of the economy and of the financial sector in particular. However, this break can also be seen as an extraordinary opportunity for the zone, which would then have the opportunity to choose a new convertibility regime more adapted to its contemporary situation.

Indeed, at the beginning of the 1960s, when this guarantee system was put in place, the countries of the CEMAC zone were barely officially joining the community of nations after their independence, the solution of a French guarantee for the young common currency undoubtedly reassured the countries of the region and their trading partners, led by France itself, at the time. Today, the context is very different. CEMAC countries have acquired experience in the joint management of their currencies and foreign exchange reserves; trade partnerships have evolved with the arrival, in the early 2000s, of Chinese, Indian and Turkish players which are gradually weighing heavily in the trade balance of the CEMAC zone. The French guarantee no longer seems really essential in such context. It is also worth mentioning that this guarantee has almost never been used because, in 60 years of existence, the operating accounts have rarely been negative. Even during the sharp devaluation of 1994, the level of reserves had fallen sharply without, however, becoming negative.

Beac has, therefore, managed its reserves well, from an accounting point of view, over this long period and should be able to continue to do so with the additional autonomy that this reform would grant it. As long as the reform is carried out in an organized manner, by involving from the outset all the stakeholders, there is no reason to fear a collapse at the end.

Ecofin Agency: One of the proposals is that of a currency hedge per country on the basis of the months of imports (5 months). In your opinion, is this a consistent approach?

BN: There is no ideal exchange rate regime, but we believe it is important to maintain a solidarity approach in the proposals that will emerge following this summit. Solidarity between the 6 countries in the zone would be an excellent alternative to the French guarantee, provided that each country complies with the convergence rules in terms of budget deficit and inflation. At the end of their summit, the Heads of State recalled that they remained committed to a solidarity-based, coherent and concerted approach to cooperation in the area. This means that the proposals expected from the Beac and the Commission should follow the same lead. Regarding the level of reserve to be set up to replace the operating account mechanism, this will depend on the room for maneuver that CEMAC wishes to give itself in using these reserves to steer its monetary policy. But in any case, and in view of the region's history, the creation of foreign exchange reserves covering at least 3 to 5 months of imports seems consistent.

Ecofin Agency: What do you think would be the best scenario for the evolution of this monetary cooperation?

BN: The new monetary cooperation must be built on the basis of solidarity between the 6 countries in the region, obviously strengthening the principles of economic convergence and shared fiscal discipline, without losing sight of the structural differences between the economies. On the other hand, as France is no longer the main trading partner of the region, the new currency should be pegged with a basket of currencies that better reflect the region's international trade, with an autonomous target for the Beac, on the exchange rate and price stability objective.

Finally, we believe that this transformation should be achieved by strengthening governance and transparency within institutions. This must be done gradually, with clear milestones and the involvement of the region's economic and financial actors so that they will be ready to implement the new rules when the time comes.

Ecofin Agency: The Beac is playing on two fronts for the stability of the CFA, namely reduction of the liquidity available on the domestic market and strict foreign exchange regulation. Is this dual objective not ultimately affecting the banking sector's ability to finance productive segments of the economy?

BN: This dual objective is not what penalizes the banking sector's ability to finance productive segments of the economy. Rather, the problem lies in the very organization of the monetary system in the area. The central bank has no real monetary policy and cannot decide on its own to adjust the exchange rate. It, therefore, does not hold the proactive role it should have in participating in the financing and development of the area's economies. According to the current monetary arrangement, the Beac essentially monitors the level of its foreign reserves in the operating account and has no means or objective to encourage the financial sector to finance productive segments of the economy, particularly those that would allow for greater industrialization of the economy, which would generate greater added value.

Monetary reform, if truly implemented, should restore the full autonomy of the Beac to steer monetary policy and encourage, where necessary, commercial banks to lend more to the productive economy, as the Nigerian central bank did a few months ago.

Ecofin Agency: In the CEMAC zone, some banks of systemic importance face liquidity challenges, and cannot resort to the interbank market, whose rate remains quite expensive in the absence of a reference rate. How do you ensure the transition of these banks in these difficult times?

BN: Systemic banks are only the tip of the iceberg because of their importance in the system, but it is the whole system that needs to be reformed. Until the reform is initiated and implemented, the dialogue channel must remain permanently open between Beac and the banks to better manage one another's liquidity needs. The implementation of the Basel rules must continue, particularly on the liquidity side, going beyond the transformation ratio and the one-month liquidity ratio, which is currently monitored by COBAC. For their part, systemic banks must strengthen their liquidity risk management system by inspiring from what is being done internationally and adapting it to regional realities. Measurement indicators, an alert and threshold system are needed to better manage periods of declining liquidity.

On its side, the CEMAC region should continue to integrate its financial market and boost the new regional stock exchange, which could tomorrow be an alternative source of liquidity for credit institutions, once the securities market has become as fluid and dense as they are elsewhere.