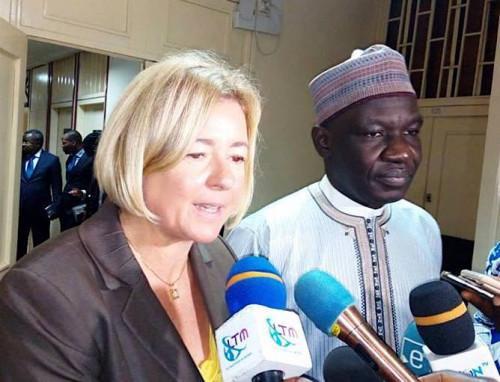 (Business in Cameroon) - Cameroon is on the path towards an impending amendment of its 2019 Finance Law. Modification is motivated by the outcomes of the 4th ECF review recently carried out by the International Monetary Fund IMF.

Indeed, the IMF mission found that the country will adjust the 2019 budget (XAF4,850.5 billion) as to take the expected hike in revenue into account and fully include spending linked to upcoming elections and fuel subsidies, while maintaining the overall deficit at 2% of GDP.

“The revised budget of Cameroon also provides for the speeding up of the implementation of ongoing externally funded investment projects, on the basis of a disbursement plan with well-defined priorities. Higher external support will allow for the restoration of budgetary flexibility and the payment of expenditure arrears that accumulated at the end of 2018,” said Corinne Deléchat who led the IMF mission.

Back on June 4, 2018, following the 3rd ECF review, President Paul Biya signed an order amending and supplementing the 2018 Finance Law. Cameroon's general budget expenses thus increased from XAF4,513.5 billion to XAF4,689.5 billion, up XAF176 billion. And Deléchat said the 2018 budget execution was broadly in line with the IMF economic program.