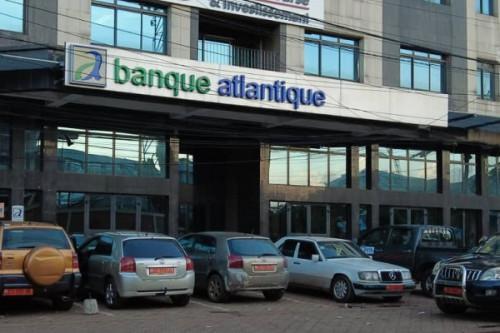 (Business in Cameroon) - In 2008, Atlantic Financial Group took over the almost bankrupt Amity Bank. Thirteen years later, the credit institution, renamed Banque Atlantique Cameroun, is one of the country's five most performing banks. This momentum may soon be broken by a decision issued on August 27, 2021, by the Central African Banking Commission (COBAC). It could also affect the expansion plans of the banking group created by Ivorian business mogul Bernard Koné Dossongui. Since the August 27 decision, the bank has been on the move to circumvent the dramatic situation. What is its strategy? Who are its allies and opponents in that endeavor? What exactly are the accusations waged against it? What are its answers to those accusations? Business in Cameroon investigated the matter.

For several weeks now, Banque Atlantique Cameroun (BACM) has been trying to get its case reviewed by the Central African Banking Commission (COBAC), according to information obtained from sources close to the case. After the publication on October 5, 2021, of the sanctions issued by the COBAC, the bank sent teams to meet the national monetary authorities of every Central African Economic and Monetary Community (CEMAC) member country. In Libreville, Gabon, the team led by Ivorian Leon Koffi Konan, Chairman of the Board of Directors (PCA) of the bank, was received on October 20, 2021, by Halilou Yerima Boubakary, Secretary-General (SG) of COBAC. The team also met in Paris with the President of the COBAC, Abbas Mahamat Tolli, who is also Governor of the regional central bank BEAC.

At every meeting, BACM's envoys presented "all the information likely to clear suspicions on the lawfulness of some of its operations," as the bank promised in a release it issued on October 7, 2021.  The aim was to provide enough proof to make the COBAC overturn its sanctions and avert the need for the bank to file a litigation procedure against the regulator, a possibility dreaded by every financial institution’s management.

The Cameroonian subsidiary of Atlantic Financial Group (AFG) expects that the actions taken will prompt a review of the case and lead to a reduced or even a lifting of the sanctions against the bank’s executives, therefore, putting a stop to the negative impacts the decision is already having on operations.

To justify its sanctions, the COBAC claimed BACM violated anti-money laundering regulations. This claim has already affected the bank’s relations with its foreign partners. Indeed, frightened by their regulators’ possible actions, those partners have threatened to close BACM’s correspondent accounts should it fail to address the accusations.

The claim is affecting commercial activities. In a letter sent on October 8, 2021, to his chairman of the board, Serigne Touré, financial controller for the African Intellectual Property Organization (OAPI), asked the intergovernmental organization to end its contract and withdraw its XAF2 billion time deposit.

The impacts of what appears to be an earthquake in the banking world are being felt as far away as the African and Indian Ocean countries in which Atlantic Financial Group has expansion plans. On October 17, 2021, the group's founding president, Bernard Koné Dossongui, even traveled to convince Mauritian partners who withdrew from the expansion projects after learning about the COBAC’s decision.

Moreover, should the regulator’s decision become effective, the consequences will be felt beyond the banking group. Indeed, in addition to dismissing the BACM board members from their positions in the bank, the COBAC also prohibited them from assuming responsibilities in credit institutions in the CEMAC region over the next five years. Meanwhile, some of the sanctioned board members still hold executive positions in their banking institutions.

Support from bankers and monetary authorities

To keep his functions, one of the Cameroonian board members informs that he is ready to refer the matter to CEMAC courts should the BACM’s conciliatory approach fail.

According to the said banker, if that was not the case, the president of the regulatory body would have reconsidered the decision when the sanctioned bank provided documents to avert the suspicions about the non-transfer of 70% of its foreign earnings to the BEAC, as required by the exchange regulations. Let's note that the text, whose application Abbas Mahamat Tolli is strictly committed to, was elaborated to help replenish the subregional foreign currency reserve since the CEMAC special summit in Yaoundé in December 2016.

The greatest support for BACM is currently from national monetary authorities.  During a recent meeting between CEMAC finance Ministers regarding the subregion’s relations with the IMF, the issue of COBAC’s sanction against BACM was discussed under the category ‘miscellaneous. However, no resolution was taken, the BEAC reveals.

Nevertheless, it is an open secret that some financial experts have been questioning the appropriateness of the sanction and the publicity surrounding it in a context where the banking system is already weakened by the Covid-19 pandemic as the COBAC itself reckons.

In Cameroon, the Ministry of Finance fears that, in a context of scarce resources, it will have to deal with a crisis resulting from the destabilization of BACM, which became the fifth-largest bank in the country and a systemic bank (a bank whose activities are so crucial that its bankruptcy will have important negative impacts on the region’s finances) in 2020. The problems experienced by BACM are also a concern for Congolese authorities who are still in negotiations for the bank to buy back part of its domestic debt. Reportedly, they have informed the governor of the BEAC about those concerns.

Besides their timeliness, the decisions are also being questioned, given the accusations. It all started in 2018 with a ‘business provider’ contract BACM signed with PConsulting Sarl because of difficulties in “collecting revenues.” As per the terms of the contract, PConsulting Sarl was to prospect for wealthy clients while the bank remunerates the works according to the size of the clients brought, by paying through two accounts housed at the National Financial Credit (NFC) Bank whose provisional administrator was also sanctioned by the COBAC.

After an audit mission at the BACM between March and April 2021, a fact-finding mission at NFC Bank, and a hearing on August 23, 2021, COBAC concluded that  "BACM's corporate officers have -following proposals from the chairman of its board of directors and approved by the board members- seriously violated AML/CFT (anti-money laundering rules) for three years, by commissioning the services of a ‘business provider,’ resulting in the plundering of the resources of the public and parastatal companies concerned.”

“Consequently, all the members of the board of directors have been dismissed and prohibited from operating in the CEMAC region over the next five years,” the banking watchdog ruled.

In the banking world, this case which highlights the conflict between regulatory compliance requirements and financial stakes is at the center of debates.

"The regulator talks about the business provider activity like an illegal act,” a financier working in Douala says. The latter points out that in the banking sector, it is a well-known practice but also a regulated activity in the community. Indeed, like financial institutions, insurance companies, currency exchanges, or sports agents, business providers are also subjected to the law of  April 11, 2016, on the prevention and repression of money laundering and terrorist financing.

"In addition, the COBAC is acting as if it only found out about the contract between BACM and  PConsulting during its audit mission. Yet, according to  Article 69 of the regulation on credit institutions and financial holdings’ internal accounting system, any service outsourcing plan must be validated by the Secretary-General of the COBAC. The authority is required to do so within 90 days following the submission of the outsourcing contract.  The most important thing here is to know whether the bank submitted that contract or not,”  says another expert met in Douala.

In any case, the COBAC’s decision does not accuse BACM of not submitting the outsourcing contract.

Curiously, COBAC accuses the BACM Board of having "approved" the contract between the bank and PConsulting. Meanwhile, Article 67 of the internal accounting regulations habilitates the board to make such decisions.

"The chairman of the board of directors acknowledges they resorted to a business provider,” the COBAC wrote in its decision. On October 19, 2021, Business in Cameroon contacted BACM about this alleged admission but we received no answer.

In the decision, two main points were raised to justify the accusations of violation of the AML/CFT regulations and plundering of public and parastatal companies’ resources. The first point is that most of the resources drained by PConsulting to BACM books are public funds. The second point is that the two accounts opened by PConsuling at NFC Bank functioned like ‘mail boxes’ from which every deposit is systematically withdrawn a few days or even hours after the reception, through cash transfers (XAF3.68 billion) and transfers to third parties (XAF2.336 billion).

In addition, XAF1.2 billion was withdrawn in cash in Yaoundé, even though PConsulting’s headquarters and operating zone is Douala.

In local financial circles, those withdrawals are no big deal. They are considered usual business practices. The regulator on the other hand suspects they could be kickbacks to the managers of the depositary companies. When contacted, PConsulting explained that the withdrawals were made to pay the network of marketers. It also insisted that the deposits of public and parastatal companies and the interest generated are not affected by the withdrawals. To justify its claim, it asserted that neither the company nor the State of Cameroon has made such complaints.

During the August 23, 2021, hearing, BACM directors told the COBAC that the payments received by PConsulting were for actual services provided.

The justifications notwithstanding, Halilou Yerima Boubakary, who has experience in public funds misappropriation cases, still believes that the frequency and volume of the withdrawals are suspicious.

He believes that the justifications provided are not enough to say public funds were not plundered, while also acknowledging that nothing can indicate connivance between PConsulting and BACM.

Nevertheless, if it turns out that the money paid to PConsulting was used for illicit activities, even without the bank’s knowledge, BACM will be partly responsible. Indeed, community regulations require credit institutions to ensure the conformity of the operations carried out by their partners. For that reason, BACM promised the regulator it would ask PConsulting to send all the information likely to ensure the traceability of its operations. To date, we can’t tell whether this promise has been fulfilled or not.

It is worth mentioning that even within the regulatory body, there are disagreements over the case. According to sources at the BEAC, some members who took part in the virtual disciplinary session of August 27, 2021, claim they did not agree with the decision published. This revelation echoes a widespread opinion in financial circles in the subregion.

According to the said opinion, the torment AFG is going through is due to its expansion in the CEMAC zone [in 2020, it acquired the much-coveted subsidiary of Banque internationale pour le commerce et l'industrie (BICEC) in Gabon] and the results recorded in recent years by its subsidiary in Cameroon. From the almost bankrupt Amity Bank in 2008, BACM is now one of the first most performing banks in Cameroon and among the top 8 banks in the CEMAC region, the bank has been reiterating in its recent press releases.