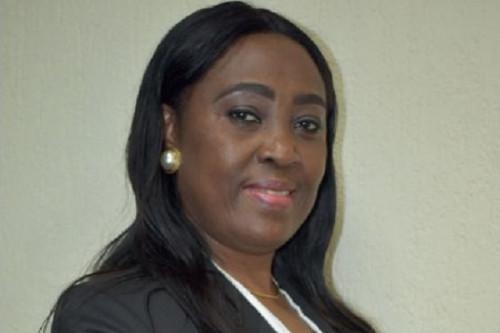 (Business in Cameroon) - Cameroonian banker Charlotte Kouecheu has been appointed managing director of Union Bank of Cameroon (UBC), the bank announces in an official release. According to the release, the new executive was appointed at the end of the bank’s administrative board meeting held on December 2, 2021. Once approved by the CEMAC banking regulator COBAC, she will replace Félix Landry Njoumé, an ECOBANK group executive mandated to accelerate the restructuration process and complete ECOBANK’s divestment from UBC.

The approval expected from the COBAC will surely be just a mere formality given that this is not the first time Charlotte Kouecheu is occupying an executive position in a bank in the CEMAC zone. Indeed, before being appointed as the head of UBC, she has been deputy managing director and then managing director of CCA Bank.

With 30 years of banking experience, she holds a Master’s degree in economics from the University of Caen (France) and a postgraduate degree in banking from Institut Technique de Banque (Paris, France). This former human resources manager for Commercial Bank of Cameroon (CBC) will bear the heavy responsibility of leading the restructuration of UBC, which is now 54% controlled by the State of Cameroon. Indeed, to prevent the liquidation of UBC, Cameroon invested XAF17.8 billion for its restructuration.

Since 2009, the private bank has been facing difficulty prompting the CEMAC banking regulator COBAC to set a deadline (February 28, 2021) for the State of Cameroon to find a solution or the bank would be liquidated. Some ten days before the end of that deadline, the government, through State Minister Ferdinand Ngoh Ngoh revealed its intent to recapitalize the bank and another (NFC Bank).

This recapitalization through stake acquisition (ed. note: Cameroon bought back both the assets and liabilities, which will be later recovered by the Debt Recovery Company-S.R.C) was finalized on November 22, 2021, during an extraordinary General Shareholders’ Meeting. This stake acquisition consecrates the departure of ECOBANK group from UBC’s shareholding.

By assuming majority shareholding in UBC, the government of Cameroon intends to apply the same solution used for the Commercial Bank of Cameroon (CBC), a few years ago.

Specifically, Cameroon will restore the soundness and profitability of UBC and cede it back to private investors.