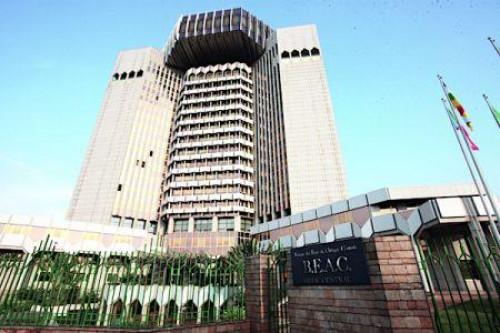 (Business in Cameroon) - Unsurprisingly, the Central African central bank, BEAC, increased its key rates. The hike seems more like a follow-through choice than an appropriate solution to the inflationary challenges faced by CEMAC countries.

The BEAC, the central bank of the six CEMAC states, recently raised its key rates that influence commercial banks’ ability to grant loans. For instance, its main refinancing rate, or TIAO, was raised from 4% to 4.5%.  Its marginal lending facility rate -for less than 24-hours bank loans- was raised from 6.25% to 6.75%.

This is the second consecutive rate hike in the region. Per conventional monetary science, the rate hike will limit commercial banks’  ability and willingness to grant more loans. It will also reduce activities in the interbank market.

The BEAC justifies the decision with its desire to address the global inflation that is trickling on the CEMAC community.

In the subregion, the inflation rate is projected to reach 4.2% in September 2022, well above the community threshold, before rising to 5.2% in December 2022 and reaching a peak of 5.7% in March 2023... Against this backdrop, the Central Bank had to act, in accordance with its mandate, to ensure monetary stability, even though inflation dynamics are expected to return to normal as of 2024," the Bank explains in its monetary policy report

The decision is objectionable in light of the central bank’s data and other figures accessed by Ecofin Agency.  The BEAC starts from the assumption -which has remained unchanged for decades- that with inflation (rising market prices) more money is needed to pay various bills and buy products, so more local currency will be needed in the economy but not enough backup funds available in the foreign reserves. In short, there will be more money supply than covered by the foreign exchange reserves.

This logic -which was inherited from the monetary cooperation agreements with France (and the Eurozone by proxy)- no longer holds in light of current developments. As is the case in many African countries, inflation is not the result of greater currency circulation. It is the result of exogenous factors such as the consequences of the Covid-19 pandemic and the Russia-Ukraine war, which quickly led to a rise in global energy prices and a decline in the number of foods available globally with cereals and fertilizer shortages.

In that light, limiting commercial banks’ ability to inject money into economies is counterproductive, as there is currently a compelling need to finance investments in productive assets, which will help CEMAC become less dependent on external markets.

Moreover, the rise in energy prices is beneficial for the CEMAC region’s foreign reserves since its countries are mainly oil and gas producers and also receive support from multilateral institutions. Over the 12 months ending August 2022, the region’s foreign exchange reserve rose by XAF1,367 billion, according to the central bank.

A decision stricter than the measures issued by the WAEMU, which faces higher risks

The central bank notes that foreign exchange reserves have grown faster (+78%) than the domestic money supply (+15%) and that the currency coverage rate is approaching 83% (compared to about 64% previously), while the imports coverage ratio is approaching 4 months. It is therefore hard to understand the imbalance risks pointed out by the regional institution.

In its twin sub-region (WAEMU) where inflation reached 8.5%, well above the peak envisaged by the BEAC in 2023 (5.7%) and where the risk of a greater need for money supply exists due to a population three times larger, the central bank (BCEAO) increased its key rates to just 2.5% for the TIAO, and 4.5% for the marginal lending facility rate.

When questioned on the issue by Business in Cameroon, the BEAC governor, Abbas Mahamat Tolli, replied that with the rising inflation, the central bank had to react and use “the only tool” it has. Alas, this decision will not be any more effective than previous monetary policy decisions.

In the CEMAC region, inflation is mainly driven by energy and food products, particularly cereals that are used for beer and bread manufacturing. Experts contacted by Ecofin Agency believe that the BEAC should allow an expansion of the sub-region’s budget deficit to enable the construction of a more efficient and competitive refinery and boost agricultural production. Meanwhile, the central bank’s experts always claim it is not their function.