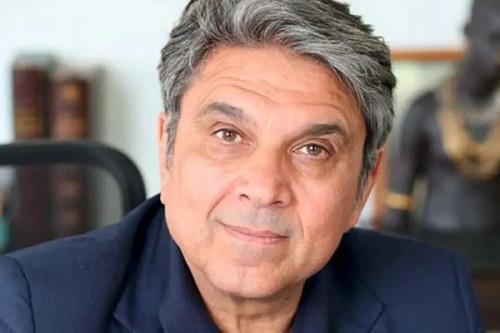 (Business in Cameroon) - In July 2020, Abbas Jaber (photo), founding president of Geocoton (a French group that owns 30% of SODECOTON), was granted an audience by Ferdinand Ngoh Ngoh, the Secretary-General of the Presidency of the Republic.

At the end of the audience, Abbas Jaber explained that his group Advens-Geocoton, France, and even the European Union were interested in Cameroon because of its geostrategic location.  “It is surrounded by giants and a rapidly growing population. We are convinced that Cameroon is the breadbasket of Central Africa. In the coming 20 years, the population of its neighbor Nigeria will rise to 400 or 500 million. These populations will need food, same for Cameroonians…,” he said.

Authorized sources inform that attracted by all these potential in the Cameroonian market, Geocoton plans to buy more shares in SODECOTON to become its majority shareholder. According to the French group, this offer (discreetly presented to Cameroonian authorities) will help “unleash the company’s potential and contribute to the emergence eyed by the President of the republic.”

To entice the State of Cameroon, which currently owns 59% of SODECOTON, Geocoton is suggesting a plan to invest XAF60 billion over seven (7) years. Credible sources reveal that the plan includes the modernization of SODECOTON’s nine plants to boost their processing capacity to 2,500 tons daily (the plants are currently operating at 42% of their capacity). It also plans to increase its ginning output to 43% and build three new ginning plants in preparation for 2025 when the yearly production is supposed to reach 600,000 tons.

Reluctance from the remaining shareholders

Our sources explain that despite this ambitious investment program, the State of Cameroon will be reluctant to agree to it since it means handing over control of this company which is critical to socioeconomic integration in the Northern regions.

The same sources add that Cameroonian businessman Baba Danpullo who owns 11% of SODECOTON’s shares will also not be inclined to selling his shares to Geocoton.

SODECOTON recently announced a provisional loss of XAF5.6 billion for the 2019-2020 cotton season. Adding the XAF36 billion losses it recorded between 2014 and 2016 will mean that it lost over XAF40 billion in four cotton seasons despite its relative recovery between 2017 and 2019 thanks to a recovery plan (validated in 2017). Despite these losses, which are not close to fading away (because o the sharp drop in cotton prices and low output of its processing plants which operated at just 42% of their capacity this year), the company is optimistic about its production. Indeed, the company, which collaborates with over 250,000 producers in the Northern regions, is getting closer to its 2025 target production of 600,000.