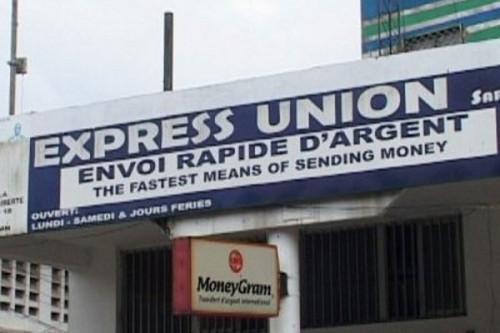 (Business in Cameroon) - Express Union, which was until recently the undisputed leader of domestic fund transfers in Cameroon, launched a promotional campaign waiving fees for deposits and withdrawals whose value is equal to or below XAF50,000. "Zero fees on all your deposits and withdrawals up to XAF50,000," till October 31, 2021, the operator announced on billboards and local media.

Some people see this promotion campaign as an attempt by Express Union to win back some of its former clients who are now using mobile money services. "There was a time when I used to visit Express Union’s sales points at least once a week [for my transfers]. In the past four years, however, I have not been to those points. I now use my phone for all my deposits and withdrawals," a former Express Union client comments.

Mobile Money services were introduced to Cameroon in 2006. By late 2010, they were adopted by the population because of their swiftness and flexibility, which is quite the opposite of users’ experience at some of Express Union’s sales points.