Cameroon: Public debt rose by 37% in 2 years due to economic program with the IMF and statutory advances to BEAC 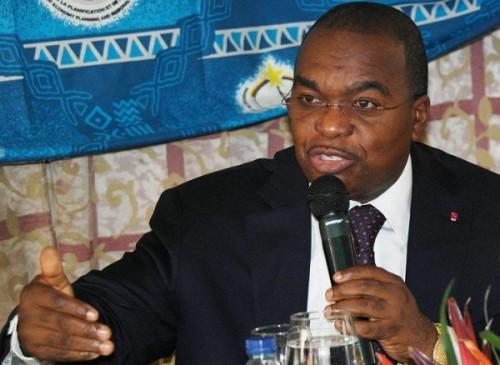 (Business in Cameroon) - Within 2 years, Cameroon’s publicly guaranteed debt rose by 37%. This was revealed by the minister of finance Louis Paul Motazé (photo) during his address, prior to the budget orientation debate, before the parliament on July 8, 2019, in Yaoundé.

According to the official, this steep rise in public debt is due to various events and decisions that affected public finance. First was the signature, by Cameroon, of a 3-year economic and financial program with the IMF. This program, which will be completed this year, has, according to Louis Paul Motazé, led to more than XAF714 billion of budgetary support to Cameroon.

Next, the minister explained, Cameroon had to consolidate its statutory advances to BEAC into a structured debt of XAF557 billion.

In addition, apart from the XAF200 billion bond issuance on the Cameroonian financial market in 2018, the country had to raise other funds, external notably, to continue its large infrastructure projects like those in the framework of the AFCON2021.

Louis Paul Motazé indicated that to avoid being over-indebted, the government was planning to implement a rigorous and controlled debt policy, in the coming three years, to mitigate the middle-term vulnerability.

Let’s note that on April 30, 2019, Cameroon’s public debt was estimated at XAF7,557 billion, up by 3.3% compared with the level at end December 2018 and 15.5% compared with the year over year level. The debt, which represents a bit more than 35% of GDP, is still sustainable since the CEMAC region’s convergence criterion set the cap at 70% of GDP.