Sonara: Cameroon is on the verge of reaching a 10-year repayment deal for a XAF371 bln debt owed to oil traders 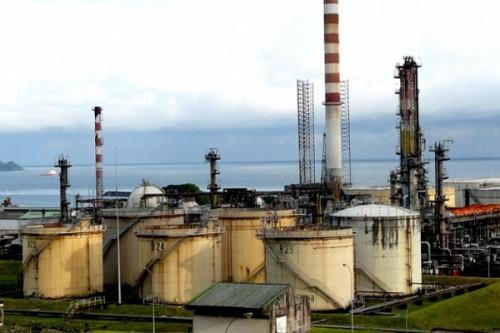 (Business in Cameroon) - On October 15, 2021, Cameroon signed a repayment agreement for the XAF261.4 billion debt owed by the national refinery SONARA to nine local banks. Currently, the country is also preparing for a similar agreement with seven oil traders claiming XAF272.8 billion debt from the refining company.

According to sources close to the matter, even though the repayment agreement has not been signed yet, to reassure the traders of the government’s honesty, since December 2020, the Ministry of Finance has been implementing a provisional debt amortization plan.

According to an authorized source, a final amortization plan will soon be agreed upon. The source reveals that a plan for the restructuring of XAF15.8 billion debt owed to Swiss trade Vitol is ready but the plan still needs to be validated by the national public debt committee CNDP. The Swiss firm’s executive board’s approval will also be needed and the comfort letter to be issued by the government written in lieu of a sovereign guarantee.

“Once the draft agreement is approved by the CNDP, it will be the basis for agreements with the remaining traders [ed. note: six of them],” a source at the Ministry of Finance reveals. According to the source, apart from Vitol, the oil traders Sonara owes include Gunvor (XAF39.1 billion), Mercuria (XAF36.2 billion), Addax (XAF15.8 billion), Trafigura (a little over XAF12 billion), PSTV (XAF7.8 billion), and Glencore (XAF6.8 billion).

Per the terms of the draft repayment plan, SONARA’s debt to traders will be amortized over 10 years and backed by a 5.5% yearly pre-tax interest. The debt will be repaid thanks to the funds collected and deposited in the special account ‘Soutien à la raffinerie’  (support to the refinery) domiciled at the Bank of Central African States-BEAC). To guarantee the continuous provision of the account over the amortization period, the government commits to keeping the  ‘ Soutien à la raffinerie’ line in the oil products’ price structure till the debt is fully repaid.

This was the same agreement approved with the nine local banks in  October.

According to good sources, these same conditions and commitments will be applied to two other creditors of Sonara with whom Cameroon is yet to conclude debt restructuring negotiations. The creditors are namely The Sahara Energy and Petra. The debt Sonara owes them has not been fully reconciled yet but estimates have them at XAF98.3 billion, of which XAF75.3 billion is owed to Sahara Energy.

Overall, subject to the validation of the draft repayment plan with the first seven traders and the conclusion of negotiations with the last two traders, Cameroon will restructure XAF371.1 billion of Sonara’s debt to nine oil traders. The debt restructured with local banks included, the government would have rescheduled XAF632.5 billion of debt for its most indebted state company whose financial problems worsened with the fire outbreak that destroyed part of its equipment on May 31, 2019.

In addition to relieving the pressure on its majority shareholder’s finances, the restructuring of Sonara’s debt to oil traders is an opportunity for Cameroon. Indeed, according to a source close to the case, Sonara’s debt to oil traders is the largest and most exigible (compared with the debt to banks). It is also “likely to threaten the country’s petroleum products’ supplies.”

Since the May 2019 fire, Cameroon has been importing all of its clean petroleum products (super, diesel, kerosene) marketed on the national territory. To support the struggling national refinery, the government authorized Sonara to import 80% of the petroleum products through oil traders to supply the domestic market. Therefore, if a repayment plan is not agreed upon, the oil traders can refuse to supply Soanara given its abysmal debt (XAF717.8 billion as at end of December 2019).