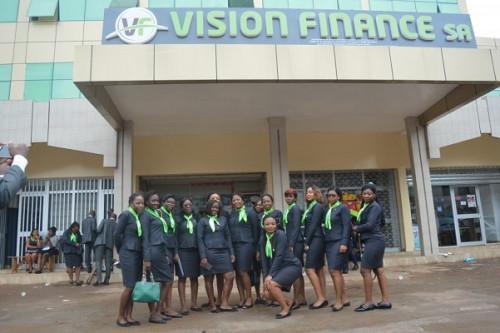 (Business in Cameroon) - In a recently published release, microfinance institution Vision Finances SA announced that it has successfully concluded an operation aimed at doubling its capital to XAF4 billion. The operation was launched on May 25, 2021, through the issuance of 200,000 new shares of XAF10,000 each, the release informs.

"The capital increase operation by cash contribution, restricted to former shareholders only, was launched to boost the equity of Vision Finances SA and support its strategic development plan," the release reads.

Vision Finances SA is one of the latest microfinance institutions established in Cameroon. It is gradually extending its network in a bid to conquer the highly competitive market in Cameroon. The capital increase recently completed by the institution should help in that regard.

Let’s note that Cameroon has the most extensive microfinance network in the CEMAC region. As of December 31, 2020, the country was hosting 415 authorized microfinance institutions, which play a crucial role by financing the economy, notably in rural areas usually shunned by classic banks.

According to figures from the Ministry of Finance, in 2019, microfinance institutions granted XAF839.14 billion loans to economic agents. That volume was about 22.90% of the loans granted by banks over the said period.