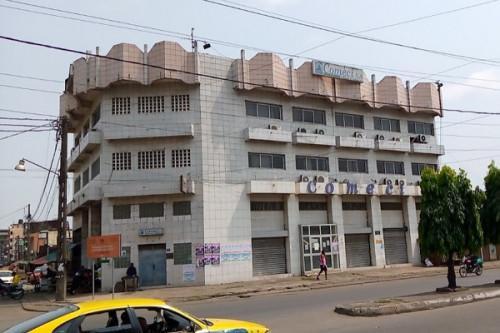 The liquidator, in the person of Ida Djodju Enchei, was appointed through a decision of June 28, 2021, but announced in a release of October 8, 2021. “This decision has been approved through order N° 468/COM of September 27, 2021, of the Wouri high court in Douala. The said decision also appointed Miss Ida Djodju Enchei as the legal assignee in the liquidation of Comeci SA,” we learn.

Through the October 8 release, the new liquidator invites Comeci’s creditors, who have not yet submitted their claims to do so within sixty days at the headquarters being liquidated in Douala, which is the only place where they can submit their claims.

"Creditors must submit all of the documents backing the debt they are owed and a sum of XAF3,000 representing the cost of claim lodgement fees. The liquidator also invites all Comeci debtors to reach out to her office to voluntarily pay their debts to avoid the inconvenience of forced collection,” the release reads.

The new liquidator is appointed in replacement to M. Towoua. The latter’s demise after an illness was announced on April 19, 2021, forcing an interruption of the claim lodgement process.

The decision to place the Cameroonian microfinance institution under provisional administration was issued by COBAC on January 16, 2018, because of “ the critical financial and prudential situation of Comeci and the inability of its management to restore its solvency.” COBAC then appointed a provisional liquidator in the person of Bernard Mvogo, for a six-month term.

According to the provisional administrator, during the 2017 operation year, Comeci lost XAF8.281 billion, 8 times its social capital, due to the failure of its forced recovery initiatives. For the recovery of that microfinance institution, the provisional administrator was authorized to proceed to a phased increase of the capital to XAF3 billion, depending on the needs and circumstances. He was not successful in this endeavor, however.