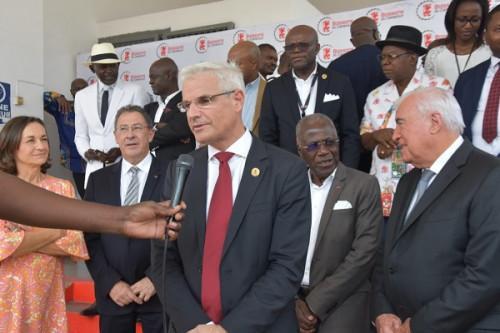 As a reminder, SABC is also expected to conclude the takeover of Guinness Cameroun by the end of this year or early 2023, following the approval of competition authorities.  The CFA300 billion deal was officially announced on July 14, 2022.

As of 2023, investments will focus on increasing both SABC and Guinness products in Cameroon, we learned. Specifically, the company will build three new production lines for Guinness products Yaoundé, Garoua, and Bafoussam. According to Stéphane Descazeaud, CEO of SABC, these three lines will have a total annual production capacity of 2.1 million hectoliters.

The investment program launched by the SABC also includes an increase in the production of glass packaging at the Société Camerounaise de Verrerie (Socaver) in Douala. Socaver is another local subsidiary of the Castel Group, which already supplies several brewery companies in Cameroon and abroad. "From 2023, we will increase its production capacity by 25%, then by 50% in 2024, to ensure that SABC will not lack the necessary packaging for its expansion," says the company's CEO.

"In the long term, we will increase our glass bottling capacity by more than 20%, which will contribute to reducing our environmental impact (...) Whether it is lager and dark beer, or stout, with the proposed acquisition of Guinness Cameroon SA, our ultimate goal is to improve the availability of our products in all regions of Cameroon, without compromising quality, while maintaining a competitive price, to best meet the expectations of our consumers”.

The new investment program should bring to CFA330 billion, the overall investments of SABC on the Cameroonian territory from 2017 to 2027 (CFA130 billion have already been invested between 2017 and 2022, ed). This places the brewery market leader among the largest private-sector investors in Cameroon in recent years.