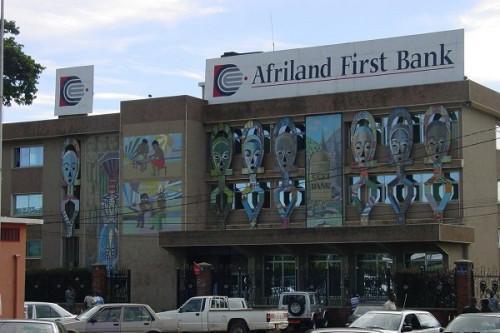 (Business in Cameroon) - As at end-February 2021, the volume of outstanding loans granted by the 15 banks operating in Cameroon was XAF3,956.3 billion, according to data from the Bank of Central African States (BEAC). A little over 64.2% (XAF2,541 billion) of those loans were granted by five banks.

With XAF704.7 billion, Afriland First Bank holds the top spot. During the period under review, the bank recorded an XAF18 billion month-over-month rise in its outstanding credits.

The second bank in that top 5 was Société Générale with a  XAF678.8 billion outstanding loan, down by XAF1.8 billion compared with its January 2021 performance.

BICEC, recently acquired by the Moroccan group Banque Centrale Populaire, was the third with an outstanding loan stock of XAF472.7 billion, up by about XAF5 billion month-on-month. The fourth bank is SCB, a subsidiary of Moroccan banking group Attijariwafa, and the fifth was Commercial Bank of Cameroon (CBC). During the period under review, SCB’s outstanding loans were XAF360.7 billion, down by XAF6.2 billion compared with the January 2021 figure. With XAF324.2 billion of outstanding loans at the end of February 2021, CBC's performance on this market was stable month-on-month.

This month-on-month comparison does not provide a clear picture of the various changes that occurred in the sector.

Also, a year-to-year comparison of the performance provides an accurate idea of the changes that occurred. For instance, till December 2020, Société Général Cameroon was the leading bank in terms of outstanding loans. In addition, even though the volume of credits granted to the economy by Banque Atlantique Cameroon as of end-February 2021 was just XAF322.4 billion, it is the bank whose outstanding loans rose the most over 12 months (up by XA98 billion). Afriland First Bank is just the second with a XAF94 billion year-to-year rise in its outstanding loans.

Nevertheless, the 2021 financial year has started with optimistic indicators in the Cameroonian banking sector. The XAF43.6 billion rise in the volume of outstanding loans between January 2021 and February 2021 is a good performance compared with the XAF19 billion drop recorded over the same period in 2020.

Those performances confirm the economic revival forecasted by the Cameroonian government and international partners, after the recession (-2.6%growth) recorded in 2020 due to the coronavirus pandemic.