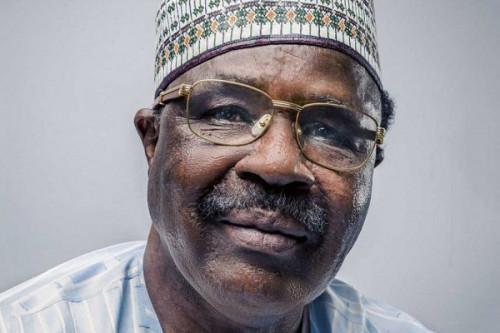 (Business in Cameroon) - Over the past few years, South African bank FNB has seized and auctioned some of the Cameroonian business mogul Baba Danpullo’s properties in South Africa.  According to FNB, the properties are auctioned to settle the debts the business mogul is unable to pay since 2019. Meanwhile, Baba Danpullo rejects the claims qualifying the decisions as spoliation and a racially motivated crusade against his group, Bestinver.  Agreeing with that narrative, a Cameroonian judge authorized him to seize the bank accounts and assets of  MTN, Broadband Telecom of Collins Mukete, Mobile Money Corporation, and Chococam, to recover what he considers as "funds maliciously diverted" by his banker.

With MTN accusing the Cameroonian billionaire of trying to extort it, Business in Cameroon investigated this legal battle in which laws are the first casualties.

According to South African judicial sources, the insolvency liquidation procedure was kicked off after FirstRand Bank Limited (FRBL), the parent company of First National Bank (FNB), submitted a motion to liquidate Bestinver’s subsidiaries.  At the time, it was demanding the payment of ZAR507 million (over XAF20 billion) from Bestinver.

On October 26, 2020, the provisional administration order was “made final” and administrators were appointed. A few months later, on December 18, 2020, the holding company’s creditors and shareholders met to approve the recovery plan for three of its subsidiaries (Joburg Skyscraper, Bestinverprop, Leopont). The plan notably provides for the sales of the subsidiaries’ assets to clear debts.

The root cause of the problem

Bestinver challenges the procedures but it nevertheless acknowledges loans contracted from First National Bank between 2013 and 2017.  It also claims to have "complied with the amortization schedule of ZAR10 million (XAF400 million) monthly agreed by the parties until April 2020.”

According to Bestinver’s legal counsels, years before the effective deadline for the group to completely clear its debts,  FNB demanded the "full, advance and immediate" repayment of the balance, amounting to ZAR550 million (XAF22 billion), of the various credit lines and the signing of additional guarantee documents unrelated to the initial terms of the loans.

Before South African courts, FirstRand Bank Limited tells a different story. We gathered that its subsidiary (FNB) and Bestinver have been clashing since 2019 (even before). The tension between the two parties was to such an extent that in March 2019,  fearing a compromise of its receivables it decided to expedite the collection. According to this order (page 17 paragraph 38) issued on March 24, 2021, the collection efforts were not successful. "The companies were afforded time to find alternative finance to repay the debt. By December 2019 they were unable to do so. On 19 December 2019, FirstRand Bank instituted four separate winding-up applications. These were opposed," the court order reads.

With the onset of the coronavirus pandemic, things worsened further because notably of the confinement imposed by South African authorities. Bestinver’s subsidiaries were therefore placed under provisional administration despite the group’s protests. South African judges rejected appeals against the sale of the group's real estate properties, often citing formal defects. For example, in a decision passed on September 22, 2021, the judge argued that the applicant, Yasmina Baba, “did not have locus standi to launch the proceedings,” meaning she had no right to appear in the court.  According to that court decision, Yasmina Baba -who is the group owner’s daughter- first presented herself as a shareholder before admitting that she only had “family” ties with the Bestinver group.

On August 31, 2022, in a motion sent to the president of the court of the first instance of Bonanjo in Douala, Quentin Djapite Ndoumbe, Bestinver accuses FNB of having "defrauded the appellant companies (Bestinver Company Joburg Skyscraper, Bestinverprop, and Bestinver Cameroon) of all of their real estate assets with assistance from its accomplices, namely the appointed liquidators and the South African judicial system.”

Bestinver valued the assets at ZAR5 billion (XAF200 billion). Apart from that amount, it demanded the payment of XAF23.8 billion for  "rent unduly collected (XAF21.6 billion)" and "recovery costs (XAF2.2 billion)", as well as the payment of a 3.25% interest.

Reprisals against MTN Cameroon and Chococam

The appellant companies claimed to be the victims of a conspiracy and a “racially-motivated crusade” adding that they had no other means to recover their loss than seizing the accounts of MTN Cameroon and Chococam “(...) or any sum held by third parties on behalf of the said companies". To justify their claim, they explained that MTN Cameroon and Chococam are subsidiaries of Public Investment Corporate (PIC), which is itself a shareholder of FirstRand Bank.

They then asked Quentin Djapite Ndoumbe to authorize the seizure, which he did the same day. Since then, he has signed several decisions allowing the seizure of the bank accounts of MTN Cameroon,  Broadband Telecom -owned by Collins Mukete, chairman of the board of MTN Cameroon, Mobile Money Corporation, and Chococam, to ensure the recovery of funds ranging from XAF223.8 billion to 243 billion. To justify his decisions, the judge pointed to articles 28, and 54, among others, of the Ohada Uniform Act on organizing simplified recovery procedures and measures of execution.

The targeted companies dispute the decision issued by the Cameroonian judge. In a statement issued on October 25, 2022, MTN qualified the seizures as "abusive and unjustified."

"We believe this is a dangerous precedent in the Cameroonian business environment,” the operator’s management commented.  The opinion is echoed by business lawyers. “If any part of that story is true, the Cameroonian legal system, the administration, and the businessman [ed.note: Baba Danpullo]’s lawyers are as much to blame as the man himself," said Roland Abeng.

For the legal experts contacted by Business in Cameroon, the conditions provided for a bank account attachment are not met.   A top MTN Cameroon manager explains they owe Bestinver nothing and do not even have a business relationship with them.  The mobile operator also claims that PIC is not even an MTN Cameroon shareholder, unlike what is stated in Bestinver's request. Indeed, MTN Cameroon's shareholding is made up of MTN International (Mauritius) and Broadband Telecom. Rather, PIC controls 23% of the shareholding of MTN Group Limited, the holding company of the MTN group.

"Assuming that Public Investment Corporation is an MTN Cameroon shareholder, this fact alone can not make it a Bestinver’s debtor. Every law faculty teaches that limited companies' shareholders’ assets are distinct and not to be confused with companies’ assets,” MTN Cameroon says in a memo sent to Cameroonian authorities. In the memo, it also accused Baba Danpullo of trying to extort it.

Chococam is currently in the same case as MTN Cameroon. The fact is, PIC owns 13.4% of Tiger Brands, Chococam’s parent company. Ecobank Cameroon (Ecobank Transnational Incorporated, its parent company, is 14.9% owned by PIC), which is in the same situation was spared by the seizure spree. Meanwhile, Broadband Telecom, which controls a third of MTN Cameroon's capital, had its accounts seized, while Société nationale d'investissement (SNI), which owns a quarter of Chococam's capital, was not affected. This raises questions about the true reasons for those seizures.

"We expressed our surprise and serious concern to all the competent authorities, requesting their support so that these abusive seizures are lifted," said MTN in its statement. But for the moment, the multiple short-notice summons the company filed with the president of the Court of First Instance of Bonanjo to obtain the cancellation of those seizures have been repeatedly rejected over the past few weeks (for two months at least).

According to the judge's orders, to maintain the seizures, Baba Danpullo's companies had to, within one month of the said seizures, "institute proceedings or complete the procedures required to obtain a writ of execution.” For the time being, there is no telling whether the companies have abided by that requirement. However, the accounts of MTN Cameroon, Broadband Telecom, Mobile Money Corporation, and Chococam are still blocked.

"They want to buy time. Strangle MTN and Chococam to force South Africa to negotiate. But negotiate? What is there to negotiate since this is a commercial dispute?” wonders one of the affected companies’ executives.

Indeed, the financial strangulation of MTN Cameroon may benefit Baba Danpullo in many ways. He has stakes in the Cameroonian telecom sector (with Viettel, which is operating under the brand name Nexttel). All assumptions aside, the case has since ceased to be a solely judicial matter with political and diplomatic authorities being called to mediate.