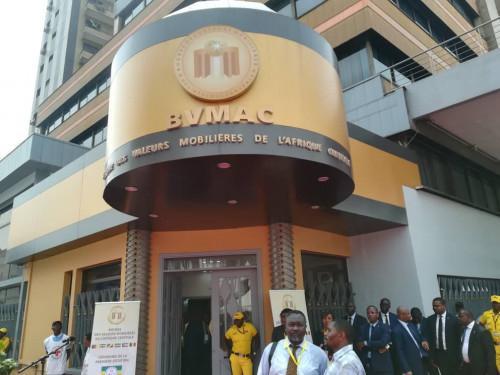 (Business in Cameroon) - The Central African stock exchange (BVMAC), which was not dynamic in 2019, seems to be gradually picking momentum. Indeed, between the 4 months from December 2020 to March 2021, three fundraising operations were organized on the stock exchange.

The first was the bond issuance operation during which the Development Bank of Central African States (BDEAC) raised XAF107 billion in December 2020. The second was the IPO launched in February 2021, by La Régionale (a microfinance institution renowned in Cameroon), to raise funds for its transformation into a universal bank. That IPO operation was the first on the BVMAC since 2019 when it merged with the Douala stock exchange and adopted a new configuration.

The third operation on the BVMAC was launched on March 12, 2021, (and will be concluded on March 20, 2021). That day, the republic of Congo launched its bond issuance operation aimed at raising XAF100 billion.

According to credible sources, other fundraising operations on the BVMAC are being planned. They are notably a bond issuance operation of an undisclosed amount by Gabon, and the IPO of six CEMAC countries’ state-owned corporations, in compliance with the strategy adopted by member countries for the dynamization of the stock exchange of this region.

These various operations, announced or underway, build hopes for an effective dynamization of the stock exchange, whose liquidity has been stalling since 2019 (when it merged with Douala stock exchange and adopted its new configuration) despite the various incentives provided by authorities. At end-July 2020, the market capitalization of its equity segment was about 1% of Cameroon’s GDP while in 2018, the market capitalization of the Abidjan-based BRVM (West Africa’s stock exchange) was about 15.7% of Côte d'Ivoire's GDP (according to Absa Africa Financial Markets Index 2020).