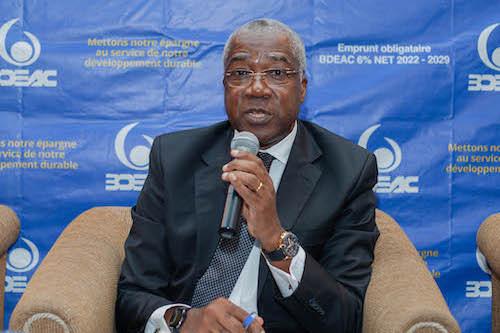 (BDEAC) - The President of the Development Bank of Central African States (BDEAC) held on December 15, 2022 at the Yaounde Hilton Hotel, a conference to present the third bond issue through a public call for savings in line with the Bank's policy of mobilising resources for sustainable development. 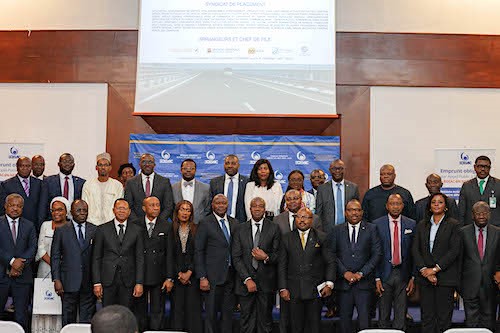 Through this new operation called "Bdeac 6% Net 2022-2029", after those of 2020 (106 billion) and 2021 (115 billion), Bdeac aims at going beyond the CFAF 78 billion expected for this year 2022. These resources have enabled Bdeac, within the framework of its statutory missions, to support several major sustainable development projects in the Central African sub-region.

This launching ceremony and mobilization of investors is the continuation of the roadshow of this operation which started in Brazzaville in Congo on December 7, 2022 at the headquarters of Bdeac and which ends on December 16 in Douala.

Subscriptions are open from 7 to 21 December 2022 at any placement syndicate.  The nominal price of a bond is 10,000 (Ten Thousand) FCFA. The minimum subscription is 10 bonds for a maturation period of 7 years.  Subscription to this bond is open to any individual or legal entity, whether or not resident in the CEMAC.

The Yaounde ceremony was attended by many government and high finance personalities, heads of diplomatic missions, the representative of the President of the CEMAC Commission, the Governor of the Centre region, the SDO of the Mfoundi Division, the Lord Mayor of Yaounde,  General Managers of the Consortium's member banks, investors, all of whom are potential subscribers, and was chaired by Dieudonné Evou Mekou, President of Bdeac, who invited everyone to "contribute to this great project of Bdeac by putting their savings and other savings, however modest, at the service of the development of our Community. This is why it is truly a public appeal to all savings".

The funds mobilised at the end of this operation, the first two of which were resounding successes, will be used to finance the projects listed in the 2017-2022 Strategic Plan, "with resources adapted in terms of maturity and deferred rates". The funds raised will be dedicated to financing the implementation of priority integration projects of the CEMAC Regional Economic Programme in local currency. As Bdeac securities are exempt from taxes in all CEMAC countries in accordance with its statutes, subscribers will benefit from a guarantee of profitability, security and liquidity.

Since its creation in 1977, says Dieudonné Evou Mekou, Bdeac has financed development projects in the CEMAC zone for a total amount of CFAF 1,985 billion. This has helped improve the living conditions of the population through the construction of infrastructure and the creation of millions of jobs.

According to the highest authority of the sub-regional banking institution, Cameroon has benefited from its financing through 44 operations representing a total volume of commitments of CFAF 357 billion.  In this portfolio of Bdeac devoted to Cameroon, the public sector represents 57% or 203 billion CFA francs for 11 operations, against 43% for the private sector, or 155 billion CFA francs for 33 operations.  The President of Bdeac indicates that in terms of sectoral distribution in Cameroon, infrastructure is in first place with 60.7% of commitments for an amount of CFAF 217 billion, and 14 operations carried out in the transport and energy sector.

The tarring of the Kumba-Mamfe road, the Batschenga-Ntui-Yoko-Lena road, the Mintom-Congo border road and the hydroelectric development of the Lom Pangar dam are the flagship projects.

The industrial and agro-industry sector represents 18.5% of Bdeac's financing in Cameroon with a commitment volume of CFAF 66 billion for 14 operations devoted to agro-industrial complexes. These are projects for the processing of cocoa beans in the port area of Kribi, CFAF 7.2 billion, the establishment of an integrated industrial unit for the production of milk and biogas in Ngaoussaî near Ngaoundéré, CFAF 5 billion, and the extension of cement production capacity in Douala by Egin Sa, CFAF 9.3 billion.

The real estate and services sector accounts for 12% of assistance with CFAF 45 billion for 10 operations in the hotel industry, education, health, etc., with the construction project of a commercial and hotel centre named AKwa Plaza City in Douala, CFAF 15 billion; the construction project of the DuVaal school complex in Douala, CFAF 2.5 billion.

The Communications sector accounts for 5.6% of assistance, i.e. CFAF 20 billion for the project to acquire and develop telecommunication infrastructures for Mtn Cameroon.  The Finance sector represents 2.7% of gross commitments for 6 operations for refinancing lines to commercial banks and microfinance institutions for CFAF 9.7 billion.

Dieudonné Evou Mekou is formal: "For the next 5 years, Bdeac aims to become a partner of choice for States and operators, both public and private, by positioning itself as a modern institution, cornerstone of sustainable development of Central African economies. This new vision reflects the institution's desire to do everything possible to provide effective responses to the development challenges of our Community in a sustainable and environmentally friendly manner."