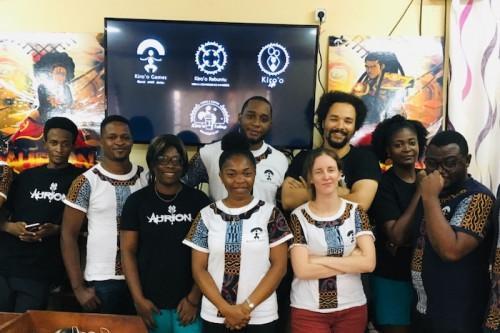 (Business in Cameroon) - Cameroonian Madiba Olivier achieved further feats with his Kiro’o Games startup, the first video game studio in francophone Africa. Since the young company opened its capital April 4, 2019, it raised $174,000, or XAF101.01 million. Monies were mobilized on April 16.

“Beyond money, Kiro’o will only select investors who fit our vision. We even carry out stringent due diligence on investors’ sources of incomes,” added co-founder Jean-Yves Bassangna.

The two executives explained the company used its “Equity Crowdfunding Rebuntu” that enables funders to acquire shares with a minimum of $500 (about XAF275,000). Every new shareholder has a right to vote and could thus participate in the company’s management via a dedicated intranet. Fundraising is still open and the company plans to end it in June this year.

Rebecca Enonchong, a major player of tech segment in francophone Africa, is a lead investor of the operation through her -Cameroon Angels Networks- a group of angel investors. In addition to its Equity Crowdfunding Rebuntu method, Kiro’o Games says it also uses other classic fundraising techniques.

Let’s note the company was hailed by the Bank of Central African States Beac in a 2018 report on crowdfunding in the Cemac. This followed a crowdfunding that saw the startup raise XAF129.87 million (€198,000) to finance the biggest video game project of francophone Africa without prior real property guarantees, proven experience or even proper customer base.